January 16th – The Sight, Sounds and Smells of Belem 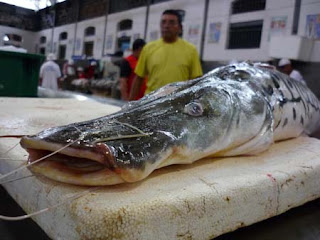 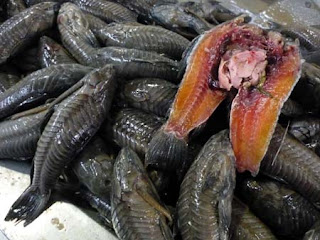 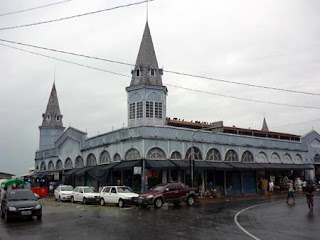 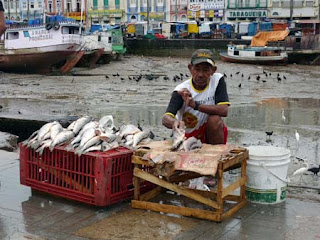 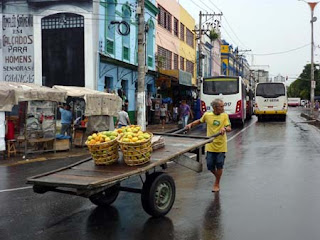 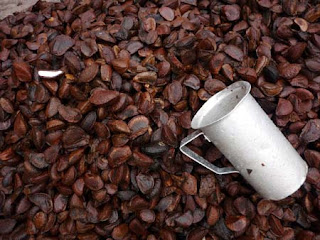 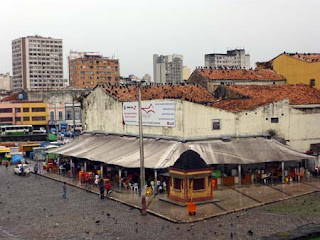 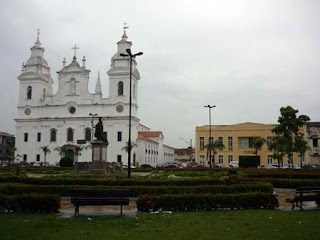 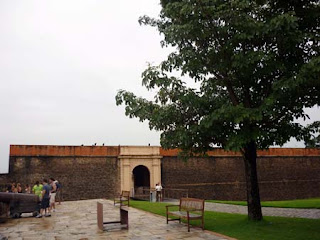 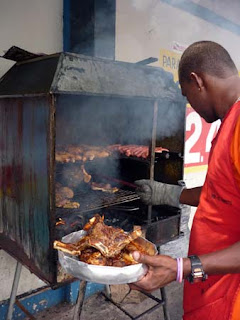 After three fairly rocky days at sea, it was nice to see dry land again, as we sailed 80 miles up one of the branches of the mighty Amazon, to the equatorial city of Belem.

Last time we were in Belem it was unbearably hot, but today it was a much more pleasant 23 degrees. What made it cooler, was the constant threat of rain; but, seeing as Belem is reputedly the rainiest city in the world, you always have to be prepared for a rain shower or two here.

After a long tender ride in, struggling against the current, we launched ourselves into the chaotic streets of the city, heading for Belem's main attraction, the famous Ver-o-peso market, full of produce from the Amazon region, and lots of weird and wonderful fish from the river itself.

It's a place that's full of aromas, good and bad – fragrant herbs, rotting rubbish, sizzling meats on the barbeque, stinky fish, sweet fruits, and rancid stenches coming from the mud in the fishing harbour. Then, picking in amongst the foul rubbish washed onto the mud, were hundreds of evil looking black buzzard-like birds, who looked like something out of a horror film – as these demonic birds hopped around malevolently, they looked like they'd be quite happy to feast on the rotting carcass of satan himself.

We headed to the historic fortress which was the very start of the city, when the Portuguese began to build it in 1616. With its 12 feet thick walls and cannons pointing out to the river, this was a powerful statement of intent by the Portuguese, as they staked their claim to the Amazon region. As it was a Monday, the Fort (along with all museums) was meant to be shut, but we managed to sneak in behind a tour group who had arranged a special opening.

Sadly, without the other museums being open, our plans for the day were slightly ruined – this isn't a city that you want to wander at random, for fear of ending up in a dodgy area and becoming another victim of Belem street crime. So, we stuck to the busy shopping streets, where underneath the tacky shops and urban decay, you could see that this once would have been a very grand city 100 years ago. I wonder if Belem will ever clean up its act and re-capture those glory days?