January 23rd – Looking down on Rio 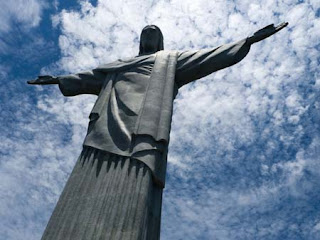 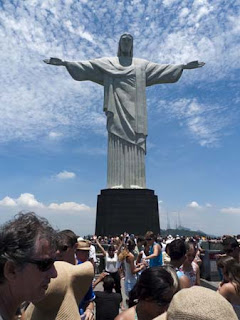 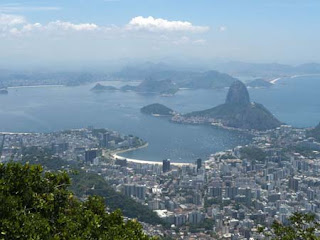 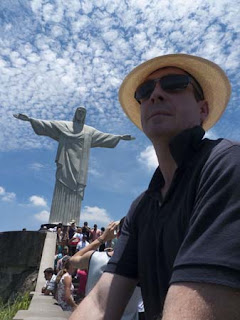 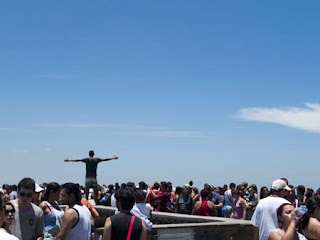 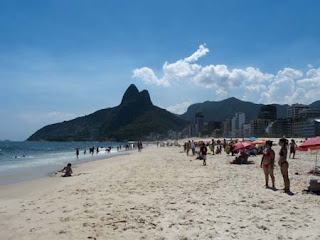 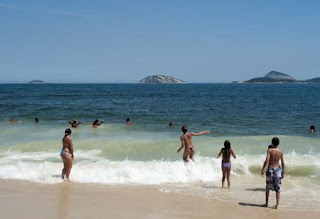 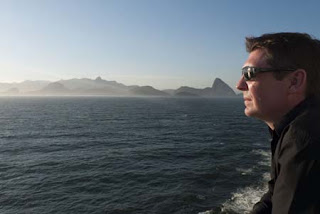 Last time we were in Rio, the whole city was covered in gloomy cloud, so we scarcely saw a glimpse of Christ the Redeemer, looking down from his lofty perch on the Corcovado Mountain. Today, he was visible from the ship, so we rushed up there to join him.

When we got to the funicular station to buy our tickets, we learnt that there was a 2-hour wait to ascend the steep mountainside, but we found an internet cafe close by to call home so time flew by.

As you slowly climb up the Corcovado, the excitement rises, as you get tantalising glimpses of this magnificent city unfolding in front of you. Once at the top, you get your first sight of the statue serenely looking down over the city – there's a real power and calm to the enormous statue. The first time I saw it from afar, the statue looked smaller than I'd expected, but close-up, it was far larger than I'd thought it would be.

On the viewing platform below, it was tourist mayhem as people jostled for position to take the photo of themselves in front of Rio's most famous landmark; but the expanse of the city below soon made us forget the tide of humanity around us. From this vantage point, you get to appreciate that there can't be many cities with a more dramatic setting than this. The volcanic plug of Sugerloaf and the undulating green mountains make for a spectacular backdrop to the skyscrapers, tumbling favelas and white sand beaches that make Rio's cityscape unique.

Even with a few cooling breezes, it was absolutely sweltering up there, so it was time to get out of the heat and head back down to sea level. We popped down to Ipanema where we surveyed the daily show that is Rio beach life. The sight of us wandering around totally covered up, while the locals sunned themselves in the tiniest of tiny bikinis must have made them think we were a little strange.

So, as the sun set behind the mountains and Christ the Redeemer was silhouetted behind Sugarloaf, it was time to leave Rio and Brazil behind, as we set off on a 5 day voyage across the Atlantic to St Helena. A thoroughly enjoyable first leg of the World Cruise was completed – can't wait for the next one.