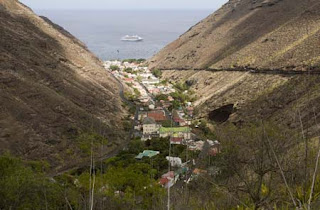 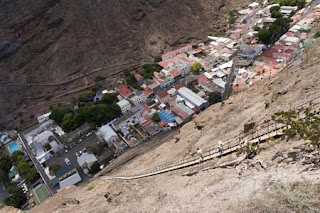 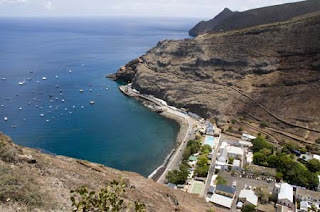 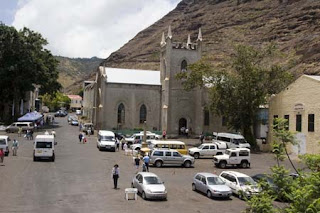 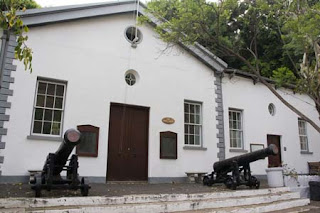 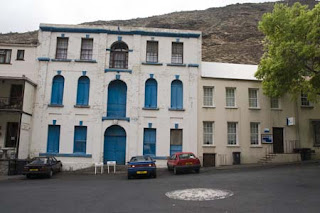 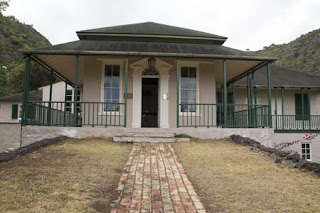 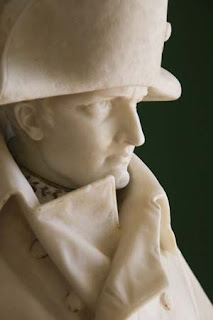 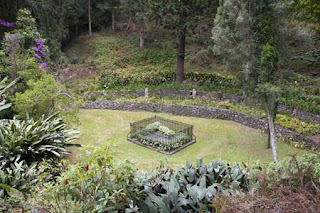 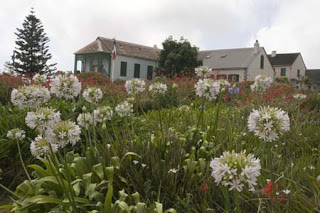 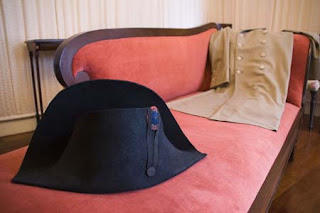 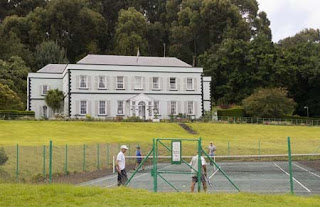 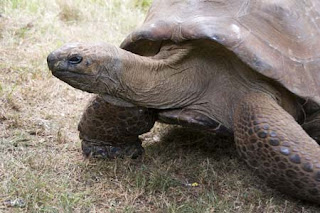 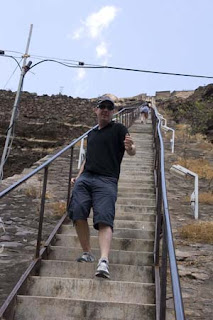 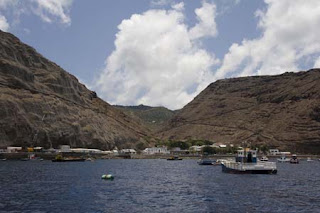 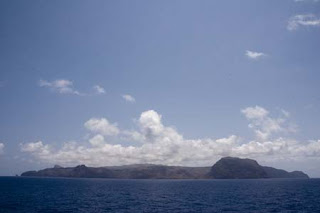 So, it has taken us 5 days of (thankfully smooth) sailing to get from Rio to the remote Atlantic island of St Helena – a little outpost of the British Empire that most people have heard of because of Napoleon's exile there, but not a place that's visited much by tourists.

Maybe the lack of visitors, and the absence of the "contamination" by modern culture has ensured that the people here are so refreshingly polite, friendly and welcoming. You walk down the street and everyone says hello, and they go out of their way to help you.

We only had just over four hours here, so we hired a car from the tourist office (surprisingly cheaply), and went off on a high-speed tour of the island. As one of the most remote inhabited islands on the planet with no airport, this is not a place that you want to get left behind; so as we drove up the winding roads into the steep mountainous interior, there was always a slight worry in the back of our minds that we'd take a wrong turn and never find our way back – it helped give the day a slightly frantic excitement.

Our number one priority was to visit all the heritage related to Napoleon's 6-year stay here after his defeat in the Battle of Waterloo. So we first zoomed up to the little Briar's Pavilion, where he was taken when he first arrived in 1815. This was an attractive little Pavilion with fine views over the capital Jamestown – it was a place he quite liked, but Le Petit General was only to stay here for 3 months while his permanent home was being prepared for him at Longwood House.

From here, we whizzed along the switchback bends to see Napoleon's Tomb, where he was laid to rest after his death in 1821. His resting place here was certainly a beautiful and peaceful spot, surrounded by flowers and with sweeping views over the island's green countryside. However, his time on the island was not a very happy one – having to deal with ill-health, loneliness, constant supervision, and a lack of recognition of his status as ex-Emperor. Even in death, he wasn't given the respect he felt he deserved – the British refused to allow his gravestone to be marked with just the single name "Napoleon", because this would have inferred royal status. So, the tombstone was left blank, and his body was eventually moved back to France in 1840.

Next, we drove onto the place where he spent the majority of his time on the island, Longwood House – a grand stately home that felt like it wouldn't be too bad a place to be "imprisoned". Unfortunately, Napoleon was in no mood to be impressed by his surroundings, so he complained constantly about the place. What particularly got to him, was that it was constantly damp in this inland spot; and, even today, in spite of the dehumidifiers, the house had a musty smell. The French have since removed all the furnishings from his stay here, but it was well re-constructed, although the original wallpaper, which may (or more probably may not) have poisoned him through the use of arsenic in its dyes, wasn't there.

After this, we drove over to the Governor's Residence, the stately Georgian Plantation House. The house wasn't open to the public, but the grounds were, so we were able to see the island's oldest resident, an old giant tortoise called Jonathan, who's reputed to be almost 200 years old – which would mean that he might be able to remember Napoleon. Actually, he looked like he was on death's door himself – scarcely able to lift his head off the ground.

Our final destination on our whistle-stop tour, was to drive to the top of Jamestown's most famous sight, Jacobs Ladder, an incredibly steep and long staircase of 699 steps, leading up to a fortress on the top of the gorge overlooking the capital. I had the excuse of needing to drive the car back into town, but Tracy decided that she would complete the St Helena right of passage, by walking down.

Apparently, the record for an ascent is a thigh-burning 5 minutes, and according to Tracy, it's actually more difficult to come down than go up – certainly her thighs had a severe case of the shakes by the time I met her at the bottom.

At the end of a stay that was all-too-brief, all passengers agreed that this was a charming little island that they'd felt privileged to visit. From the sea, the island looks barren and forbidding, but once you get into the interior, you find that it's lush and green. There's a fascinating history to discover, its relaxed people are delightful, plus there's the added curiosity to visiting one of the most remote places on the planet.

I'm not sure I'd like to live on St Helena, but it's a great place to visit.