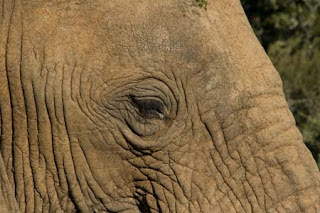 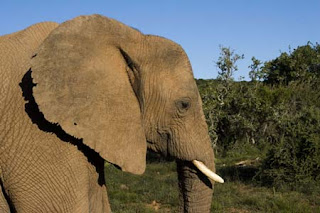 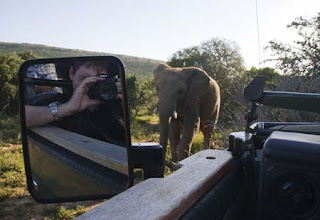 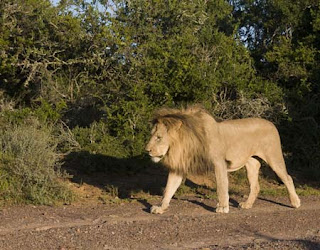 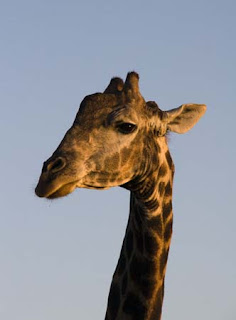 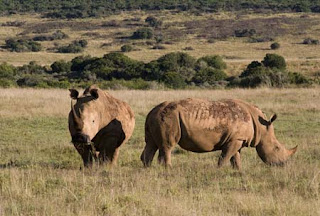 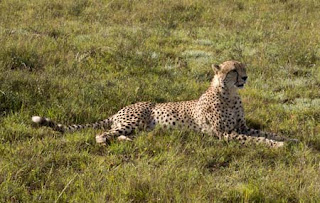 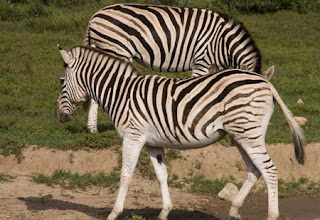 Very excited this morning to be going on a three day safari at the amazing lodge of Shamwari on the Eastern Cape. From Cape Town, we flew to Port Elizabeth, and then took the coach to Shamwari.

We were staying in the luxurious "Shamwari Eagle's Crag", where Silversea had booked all 9 palatial lodges, so we had the run of the place. This was some of the most luxurious lodgings that I've ever stayed in – the room was simply enormous, with its own secluded deck complete private infinity pool and outside shower. As it was, we didn't have a great amount of time to enjoy these amazing surroundings, because our time was packed with exhilarating game drives.

Over the course of the next three days, we were to see an amazing array of wildlife – we saw four of the "Big Five" (the leopards were hiding), plus sleek cheetahs, skittish zebras, looming giraffes, grumpy warthogs, leaping impalas, head-butting springboks and an enormous variety of exotic-coloured birds.

The open landscapes were magnificent, and as we bounced around them in our 4x4 jeep, it felt like we had them to ourselves. To avoid the heat of the day and to see the animals at their most active, morning drives left at a bleary-eyed 5.45am, while the afternoon drives left at a more sociable 4pm, and included the essential part of any game drive – the sundowner – as an open, (and hopefully lion-free), section of land is chosen for a few alfresco drinks as the sun sets over the African hills.

On a trip of so many highlights, it's difficult to single out any one of the other – but, on our first game drive, we had an unforgettable encounter with a herd of about 10 elephants. To be so close to these huge creatures, knowing that they're powerful enough to tip your jeep over if they really wanted to, is a thrilling experience. We were close enough to touch them, as they ripped apart the trees they were eating with ease, a mother shielding her tiny calf between her legs. The romance of it all was only broken by the frequent loud and stinky wind-breaking of the elephants. I've never been close enough to smell an elephant's fart, but this was an upclose safari.

Possibly even more thrilling than the elephant experience, was on the second day, when we came across a couple of lions striding along, looking really focused on something. We briefly lost them, and then came across them again in a small clearing in the bushes. There were 5 of them, and the male lion was feasting on a freshly killed warthog. I couldn't believe how close we were to a pride of lions – literally no more than 10 metres away. We were close enough to see the lion pulling the legs off the warthog with his teeth, and then noisily crunching on its bones. You could hear the noise as his rough tongue pulled the skin off the dead beast – amazing to see.

Unfortunately, the kill coincided with Tracy's camera (which I had been given careful instructions not to break) malfunctioning – all I was doing was taking pictures. It appears that I have killed her beloved camera, so not only do I not have any photos of the lions, but I could also be in as much trouble as that warthog.