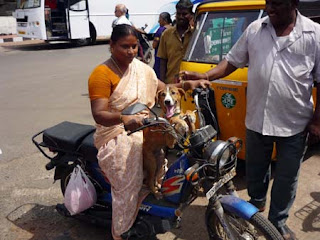 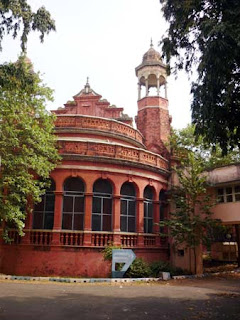 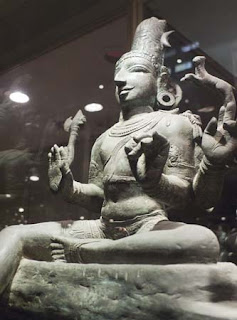 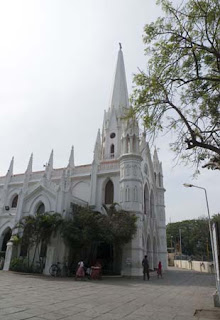 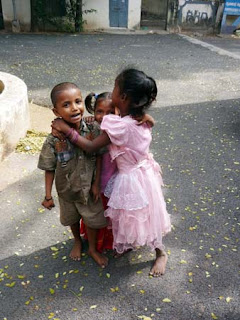 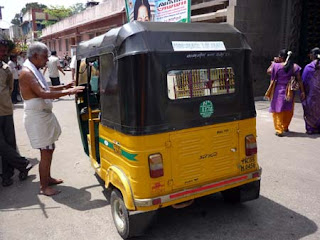 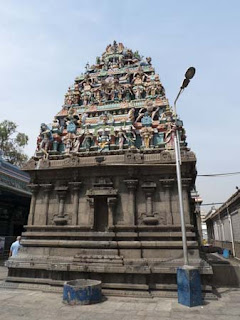 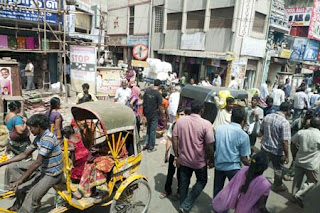 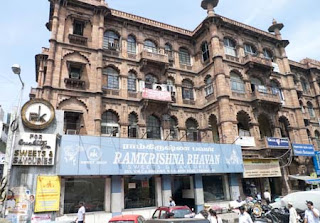 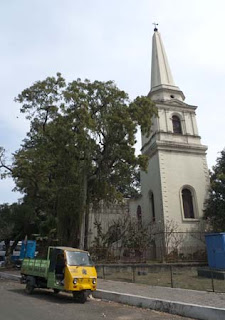 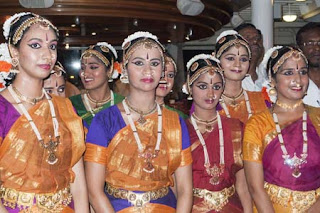 As soon as the ship began to pull into Madras's harbour, you could tell we were reaching India – the air was hot and muggy, the sky was hazy with smoke and pollution, the noise of the constant hooting of traffic grew ever louder, and the nose was hit by the occasional unpleasant smell coming up from the water. This was the city in a microcosm – chaotic, sweaty, unkempt and dirty, but exotic, atmospheric and enticing.

Madras (or Chennai as I should be calling it, since it changed its name 15 years ago), is a bit like a smaller, less grand, but less extreme version of Mumbai, although, for me, it doesn't quite have the charm of Mumbai. We took the ship's "Majestic Chennai" tour, which showed you most of the city's main sights, in an exhausting morning's tour. Just driving along the road introduced you to Madras in all its glory, and all its grime – we passed grand old colonial buildings, tumbledown shacks on the pavement containing whole families, omnipresent rubbish, clogging traffic, and a mass of people everywhere.

After struggling through the traffic (amazingly enough, this was "light traffic" because it was the weekend), we first went to the city's museum, where we saw an excellent collection of historic bronzes – full of statues of Shiva dancing in a ring of fire. Then, we went to the San Thome Cathedral, which was built to house the remains of Doubting Thomas (amazingly enough, after Christ's death he had travelled from the Holy Land down to India, where he set up a Christian community on the Sub-Continent). In the end, he was martyred in a fight with the locals here in Madras, and he was buried on the spot the Cathedral was built on. As a result, the Cathedral claims to be one of only three churches built over the tomb of an apostle (along with St Peter's in Rome and Santiago de Compostella). Actually, his remains might well have been moved elsewhere (Ortona in Italy claims to have them), but it was still an evocative spot.

From this sacred Christian site, we moved onto a holy Hindu temple – the Kapaleeshwarar temple. This place was utter pandemonium – there were people pushing and shoving everywhere in the street as we tried to hand our shoes in, and then we had to walk barefoot across some incredibly filthy pavements to get in. The atmosphere inside was marginally less frenetic, as drums banged and pipes wailed, as we made our way through the large temple complex and witnessed the fascinating prayer rituals of the locals.

Our next stop was to the place where it all started - to the old fort built by the British, when they first set up a trading centre here in Madras. Many of the grand old colonial buildings are now occupied by Tamil Nadu governmental offices, so we had to pass through strict security to get through the thick walls of the Fort. Inside, looking at the grandeur of the buildings, you got an idea of how much money the British were making out here in colonial India.

We headed to the oldest church in India (and one of the oldest colonial buildings in the Raj), the 17th century St Mary's Church, where the walls were covered with plaques to the British colonials who died out here, carving out the empire – not many of them seemed to have got to much beyond 45 years old. It was strange to be in a church that seemed to be so quintessentially British, but in a completely alien land – a church that would once have been the centre of the governing classes here, but was now a dusty and little-visited relic to an era that's quickly being forgotten about, as India looks towards a bright future.

Obviously, with all the poverty and chaos on the streets outside, there's a lot of work to go for India to reach its massive potential; but if the country can harness even a small amount of the energy that this frenetic city generates, then it should do well.

An exhausting, but enjoyable day.