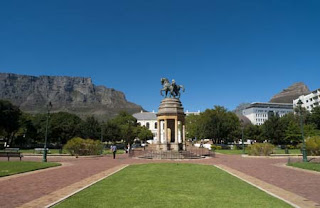 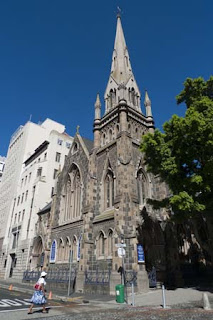 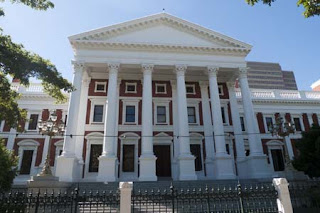 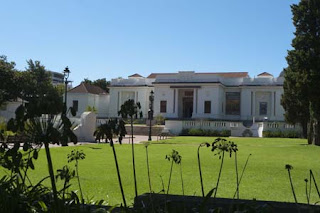 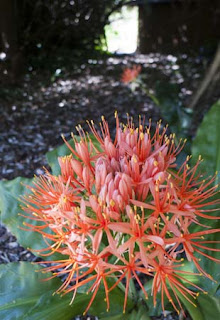 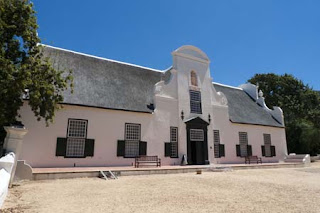 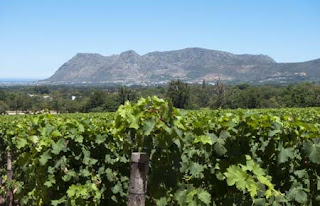 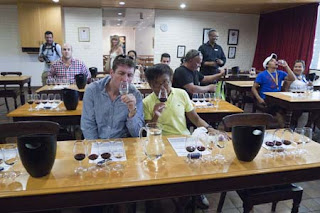 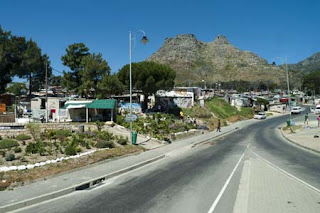 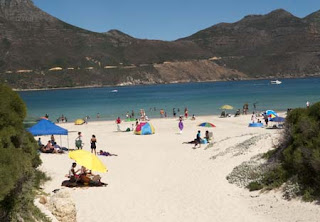 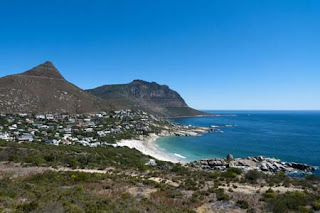 Today we caught the remarkably reasonable Cape Town open top bus. We took blue route, which took us to the Kirstenbosch Gardens, and then to the winelands of Constantia, before following the coast round Camps Bay and back to the waterfront.

On an unbelievably hot day (apparently it was well over 40C/100F), the city, its gardens and its beaches all looked fabulous, although it quickly got too hot to view them from the top deck of the bus.

We did a bit of exploring around the colonial centre of town – lots of security people on the streets made it seem pretty safe; and then we got the bus to the beautiful Kirstenbosch Gardens, a large botanical reserve full of exotic indigenous flora, all in the shadow of Table Mountain. By now, the heat was getting to us, so how better to cool down and rehydrate than going wine tasting?

We took the bus to the beautiful winery at Groot Constantia, South Africa's oldest wine estate, where we did a quick tour of the cellars and vats (harvesting was due to start the next day); and then it all ended with the best bit – a tasting of 5 different wines, all of which were pretty good. Unfortunately, as we (and another passenger we'd met) made our way up to the bus stop, we saw a bus pulling away, which meant a 25 minute wait. However, rather than waste our time sitting at the bus stop, an executive decision was made to use the time profitably by ordering and consuming a bottle of reserve before the next bus arrived. In a bout of speed drinking that would have made Oliver Reed struggle, we polished off the plonk with enough time to comfortably stagger to the bus that was duly waiting for us.

So, it was 3 o'clock and we'd had a bottle of wine and no food, so the new priority was to get to Camps Bay to get some stomach lining. The beach was full of the beautiful people roasting themselves, but we headed straight to a chilled out restaurant for some shade and some good food.

All too quickly, it was time for the last bus, so we hopped on that and took it back to the port. A great day in a great city that was really looking at its best.