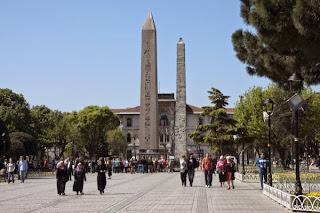 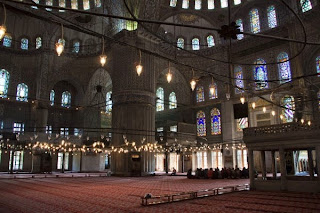 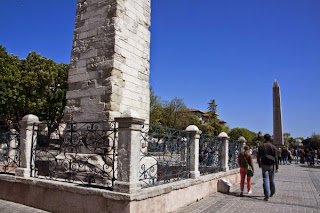 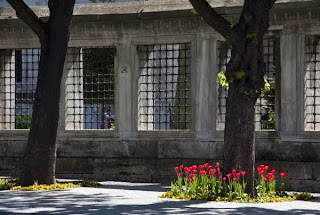 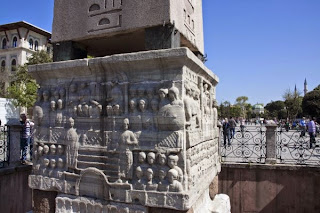 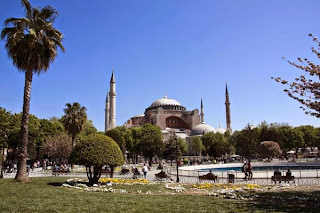 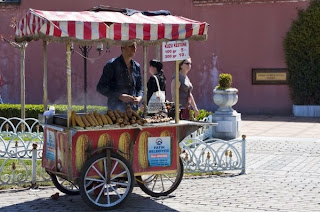 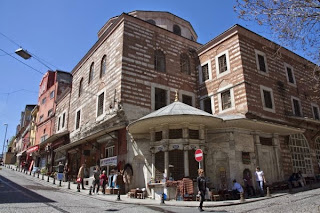 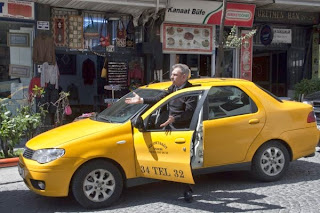 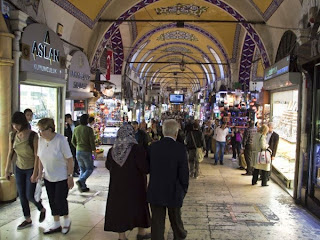 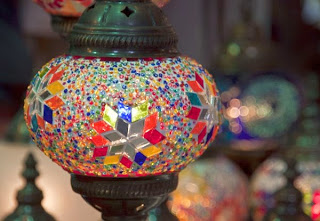 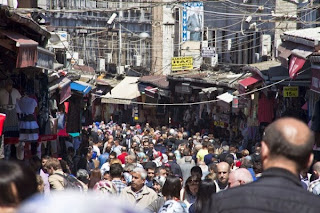 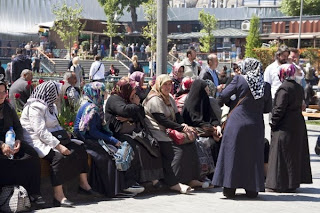 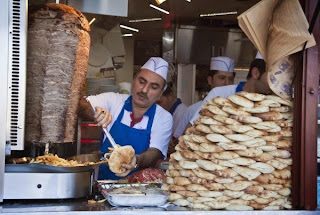 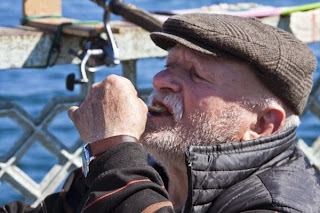 It's been a couple of years since we've been in Istanbul, so it was lovely to have the opportunity to explore the city again, and to experience its heady mixture of East and West. The great thing about the city is that it feels so familiar and safe to westerners, yet it has so many exotic touches that it really feels like you're being immersed into a completely different culture (which in many ways you are).

We took the Shuttle Bus to the Grand Bazaar, where various passengers embarked on some epic shopping trips. Whilst I enjoy the atmosphere in this vast Aladdin's Cave, I can never find anything that I really want to buy, so we resisted the constant entreaties to enter the countless carpet, jewellery, leather, and lantern shops. Instead, we headed through the outdoor market down to the Golden Horn, which had a much more genuine atmosphere in an environment that was aimed at the local market rather than at us tourists – again though, there was nothing I actually wanted to buy!

We explored the Hippodrome, marvelled at the architectural audacity of the Aya Sofya (which was unfortunately closed as it was a Monday), and visited the enormous Blue Mosque – each of these set-pieces a reminder of the glorious times when this was one of the most important cities on the planet – Roman Byzantium, Byzantine Constantinople, and Ottoman Istanbul.

After a so-so lunch at Pandeli in the Spice Market, we just had fun wandering the atmospheric streets, and soaking up the lovely spring atmosphere – I've never seen so many tulips.