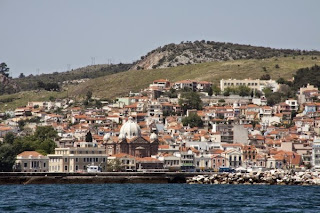 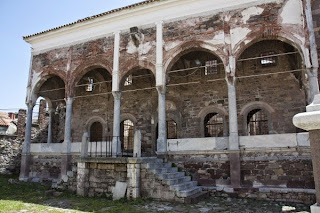 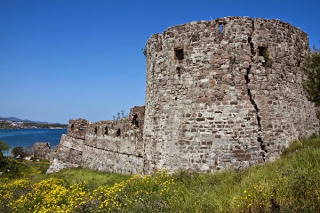 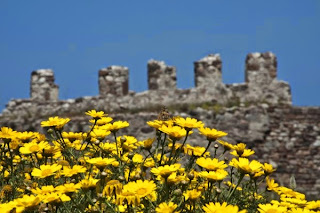 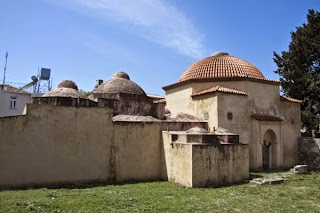 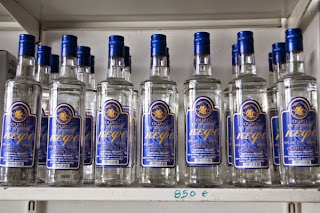 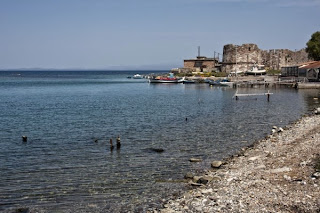 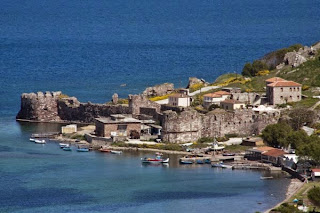 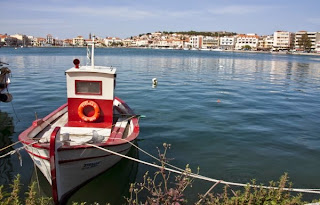 Lesbos is one of the lesser known of the Greek holiday islands, and that's no bad thing. The fact that it's not inundated with tourists means that its quiet capital city, the pleasant waterside town of Mytilene, has an unspoilt, genuinely Greek atmosphere to enjoy.

In fact, the sum of most people's knowledge of Lesbos is that it has some sort of connection to gay women – the result of it being home to the ancient poetess Sappho, who may or may not have been gay. Actually, many of the inhabitants of Lesbos, are not overjoyed by the fact that the name "Lesbian" has now come to mean both a native of their island and a gay woman, although their attempts to get the term banned in the Greek High Courts has not had any success so far. To add to the confusion, the name of the island is actually pronounced "Lesvos", so maybe the islanders should just be happy with the name Lesvians.

Anyway, we had a lovely afternoon exploring the Mytilene's impressive castle – a ruined fortress whose history tells the complicated back story of the island. It was built by the Byzantines (using stones and marble from earlier Ancient Greek and Roman constructions), it was then significantly re-inforced by the Genoese who took over in the 14th century, and then it was remodelled by the Ottoman Turks who invaded in the 15th century, and ruled for over 400 years, until 1912, when the castle (and the island) reverted to the Greeks. Aside from all the history, what made the castle even better to explore, was that it was covered in beautiful spring wild flowers, and gave up some amazing views over the town and the sparkling Aegean beyond.

After this, we decided to trek up to the Ancient Roman theatre, which is on the top of the hill overlooking the castle. As we were unsure which road to take, we asked in a shop for directions. Unbelievably, the person in the shop stopped what she was doing, and decided that she was going to give us a lift up there on the back on her moped. When we suggested that three people on a moped (2 of whom had been on a cruise ship for the last 4 months) would be too heavy, she insisted on driving up there at a snail's pace, with us puffing and panting up the hill behind her. It was now getting embarrassing, because we weren't even sure we were that keen to see the theatre, so once she'd got us onto the final road, we eventually persuaded her to leave us and get on her way. As it turned out the theatre was shut by the time we got up there, so it was a waste of energy all round; but it was a great example of the traditional Greek island hospitality (and maybe an indication that there isn't much to do here, other than show round lost tourists!).

By the time we'd got back down, the town was now largely shut too, but it was nice to walk around, to discover a few relics of its Ottoman past (the old mosque and the Turkish baths, now abandoned and fading away), and to explore the attractive waterfront. A drink in a seaside bar completed a most enjoyable afternoon, and ensured that Lesbos has been the first destination on this cruise for quite a while to feature on Tracy's prestigious "I could live there" index.