A Highlight of any visit to New York is sailing into its glittering harbour, gliding past the Statue of Liberty as Manhattan's crazy skyline of skyscrapers looms up towards you. We were getting in quite early, so it meant that it was only just starting to get light as I did my passing-Lady-Liberty narration from the bridge. However, the rising sun did create some absolutely stunning skies as we neared our berth in Midtown Manhattan. We've done this sail in many times, but it's always a "pinch yourself" moment.

Following on from our reunions in Boston, today we were able to meet up with another couple of old friends from York University days. Us people from Old York are getting older, but it hardly feels like it was 26 years ago that we were studying (in the very loose sense of the word) with each other.

Every time we come to New York, not wanting to get caught in traffic (and not understanding the subway system!), we end up walking miles, and today was no different. We walked from the pier on 55th street, over to Central Park, which was looking beautiful in the warm autumnal sunshine. After the congested sidewalks, constant red lights and honking traffic, it was a real oasis of calm and greenery – if I lived in New York, this is where I would spend my time.

Our mission today was to get to grips with the enormous collection of the Metropolitan Museum of Art – not an easy task given the sheer size and breadth of its exhibits. Every section was world class – Egyptian, Classical, Medieval and Renaissance Paintings, Impressionist Masterpieces – there appeared to be few gaps in its collection. As we went from room to room, you'd think, "it can't get any better than this", and then it would. Truly amazing.

The only slightly depressing thing that I noticed, was that so many of the visitors seemed obsessed with taking photos of the pictures, rather than actually looking at them – elbowing you out of the way as they got their shot. Surely looking at the full-size masterpieces in front of them, is more enriching than looking at tiny photos on their screen later on (if they ever get round to it)?

After 6 hours in there, our minds could take no more culture; so we staggered back to the ship to freshen up. That evening we were meeting up with our fellow Yorkies, and we had a great time sitting outside a Mexican restaurant, chatting, gossiping, laughing, reminiscing like we were 21 year olds again – great fun. Then, someone suggested that seeing as this is the city that never sleeps, we should head off for a nightcap or two, down to Wall Street to visit an Irish pub that had been voted "Best Bar in The World" – the unpromising-sounding Dead Rabbits Pub. It was a nice pub with unbelievably friendly service (once we'd headed upstairs away from the noisy downstairs), but it's the company that was the best

If you want to do New York justice, you need to be prepared to be exhausted at the end of it! 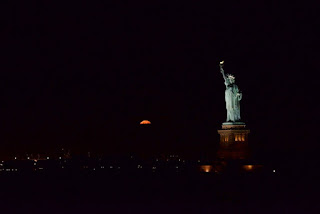 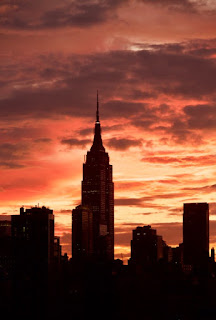 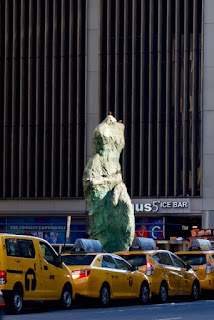 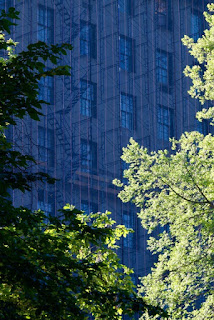 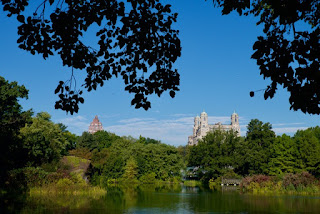 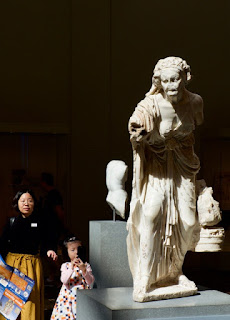 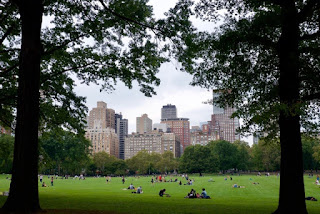