When you're on an all-inclusive cruise, eating and drinking to your heart's content onboard – what do you do? You sign up for a gourmet tour around Wellington, where you get to sample so much delicious food that you feel like you're about to explode.

We had a great time, as we explored so many different examples of Wellington's increasingly world-renowned culinary scene. Because, what Wellington has always had to its advantage is that it can combine its role as an internationally-focused capital city, with a more manageable small town feel (only about 400,000 people live here after all).

We started off at a fresh market where we sampled lots of locally-produced meats and cheeses – plus, we had a tasting of that great culinary innovation, marmite (which left the American guests wondering why anyone would eat this food of the gods).

Then we went to a coffee shop where their fancy machines produced some interesting blends – not being a coffee drinker, I just tucked into the cakes and muffins. Apparently, Wellington has more coffee shops per capita than New York, which keeps the competition healthy – our guide put this down to there being such a high proportion of public sector workers, so that people seem to constantly be on a coffee break.

Our next stop was at a gallery where we tried lots of New Zealand honeys – I was assured that the Manuka honey was healing me from the inside, so I wouldn't have a heart attack by the end of the tour. This was needed because our next visit was to a delicious ice-cream shop on the waterfront, where everything was made in-house, and I loaded up on some lovely dark chocolate gelato.

By now, I was beginning to feel like one of those greedy gannets that I'd seen the day before in Napier; but we were heading straight to lunch at Zebibo Restaurant, so I just had to fight on through the feeling of extreme stuffed-ness. Here we had a food and drink pairing lunch which was excellent, so I opted for a delicate mushroom risotto washed down with a beer, then some superb roast lamb with a glass of pinot noir.

If that wasn't enough, we went to a trendy new boutique chocolate factory to finish off with something sweet. I had consumed an unbelievable amount of food, but every element was superb, and somehow I was still standing.

So, to walk off all this gluttony, I met up with Tracy and did an interesting guided tour of the New Zealand Parliament. Cameras aren't allowed in, so no pictures of this one I'm afraid, but it was fascinating to see how many traditions from the UK Westminster had carried through (like Black Rod, and the opening of Parliament ceremonies); however, New Zealand has gone its own way on plenty of other things – abolishing the upper house, having a mixed member proportional representation voting system etc.

Well, by the end of this, I was feeling hungry again, so after a bit of shopping, we went for a drink on the waterfront, before heading for a Chinese meal with friends in town.

I have never had a day so dedicated to food and drink – sadly, it has not persuaded me to cut back. I will have to spend 4 hours in the gym tomorrow…..

PS Whilst I did this gruelling tour, Tracy spent the day in a very bumpy 4WD visiting the nearby wild beaches and their friendly seals 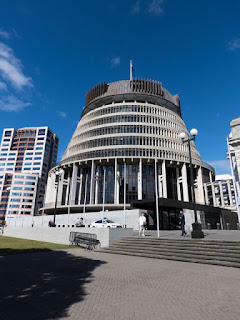 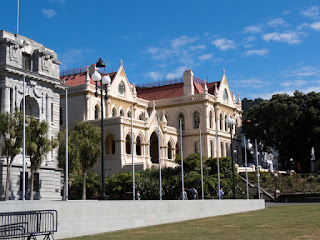 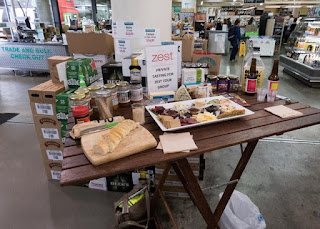 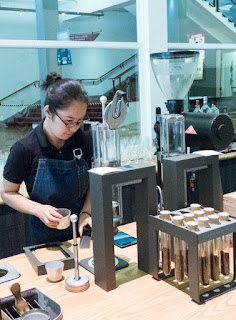 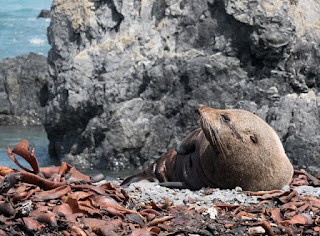 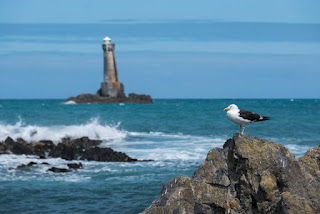