Unfortunately the presence of a huge bank of dark clouds hanging over Nuku'alofa meant that our plans for a cycle trip around the island had to be put on hold. That decision proved to be the right one when the heavens opened for a heavy shower at 11ish, and then constant rain set in from 12ish.

But, every cloud has a silver lining, so we used our morning to get a more in depth look into the Kingdom's scruffy, but charming capital. As we walked around, there were many similarities with the Caribbean islands – slightly ramshackle infrastructure, old cars passing you by with booming basses, chickens roaming the lush gardens of each home. Yet, I find Nuku'alofa to be much more friendly and open – here, people look you in the eye as they open into a big smile and a cheery hello, while in the Caribbean it's generally more reserved. Tonga is called "The Friendly Isles" after all.

But, each year, the biggest change that we have noticed has been the creeping influence of China. The Chinese have long dominated the local retail industry, but from what I can see, they have virtually taken it over by now. Plus, the huge new Government building that dominates the entire town is finally finished – built with Chinese money and Chinese workers. I don't think that it's a particularly subtle or attractive building, but you can't criticise this remote island nation for accepting any help it can get. However, the fact that the plinth in front of the building, proclaiming its opening in 2017 – written in Tongan, English, and Chinese (of course), is already falling apart, is not a good omen for the rest of the building.

When we walked past the Chinese Embassy on the waterfront, it was interesting to see that since we were here last year, the wire fence in front of it has been replaced by a tall forbidding grey wall that blocks off all views. Is the wall to protect the embassy from prying eyes, or is it for protection from a populace who are growing fed up of the Chinese? Unfortunately, I don't know the answer to that question.

Then, a bit further on, the finishing touches were being put on a brand new ferry terminal. Yet another Chinese investment we thought. But, as we approached it, we could see that all the workers were actually local, (in marked contrast to the construction of the Government building), while the sign outside said that it was being built with investment from Japan. Hopefully the Tongan government is being clever and playing off the major powers against each other.

Thankfully, our exploring of the rest of town proved that some things in Tonga never change – the warmth of the welcome from its lovely people. These gentle giants make this one of the nicest national capitals to just wander at random and see what you find next. There's not much in the way of sights, but the atmosphere is life affirming.

I don't know when we'll be back here next, but I hope that never changes. 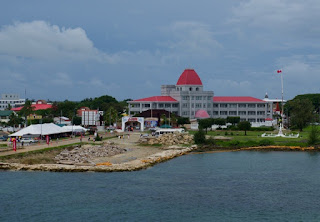 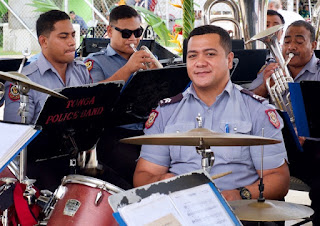 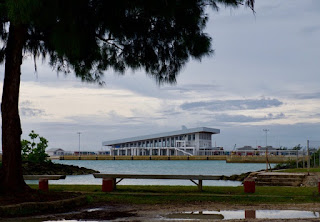 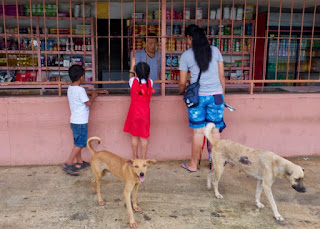 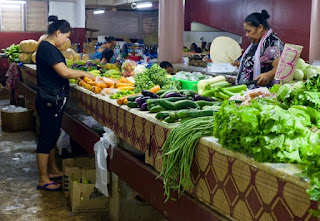 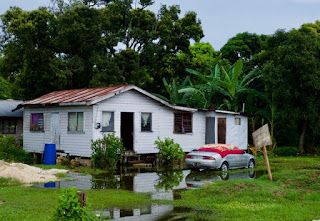