I've always had a soft spot for Christchurch. Maybe because it is (or at least was) New Zealand's "Most English City". Or, it's because we've always had a good time here, since we first came in the mid-1990s. Perhaps it's because our good friends, Megan and Malcolm have always made us feel at home here. But, now it's because I'm full of admiration for the city and its long-suffering residents as they put the city back together again after the terrible earthquake of 2011.

So, today M&M kindly picked us up from Akaroa for the winding drive over the hills to Christchurch to see how the city was recovering. In some ways, I was expecting Christchurch to be further along the road to recovery. It's been virtually 7 years since the city took that dreadful body blow that damaged 170,000 of its buildings, and killed 185 people – yet, this still remains a city of building sites, empty lots, damaged buildings, traffic cones and even a few of its trademark shipping containers still holding up walls and fencing off areas.

But, perhaps it's not surprising that progress is slow – the city is still getting buffeted by repeated aftershocks; so many claims are still in the hands of the slow-moving insurance claims (it took M&M 6 years for their condemned house to finally be pulled down and re-built); and, quite understandably, New Zealand seems to have turned itself into the most Health and Safety-conscious nation in the world – if you're a company selling high-vis vests, you'll be doing very well here, because every second person you see is sporting one.

Actually, there are signs of progress everywhere. The Re:start Shopping Mall made out of containers, finally shut down a couple of days before we arrived – a sign that Christchurch is moving from the temporary to the permanent, as its High Street has been put back together again. The city's iconic cathedral has at long last been given the go-ahead to be rebuilt – the cathedral has always been the heart of the city, so to see it still looking like a bomb has hit it has been very depressing. It will however be 10 years before it's finished, although, a visit to the "Cardboard Cathedral" that's temporarily replaced it, shows that at least the city has been given a few architectural sticking plasters as it heals itself.

Last time we were here 4 years ago, it felt like the residents were just putting a brave face on a terrible situation, but now you could sense a palpable optimism about the city. M&M are confident that the city will look pretty spectacular when it's finished – they weren't prepared to put a timescale on it though!

But, I'm hoping that the story of their own house is going to be a good metaphor for the city's progress. It was battered about by the earthquake pretty badly, but it was just about liveable while the much delayed decision was made on what to do with it. And, finally, it's now been rebuilt much better than it was before.

We had a wonderful day catching up and seeing the city slowly getting back on its feet again. It's been fascinating to see Christchurch's progress from being a bomb site, to a building site, to hopefully becoming a must-see sight. 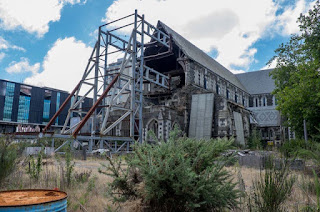 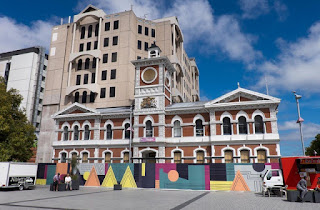 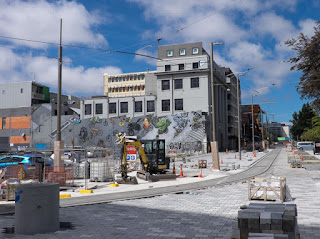 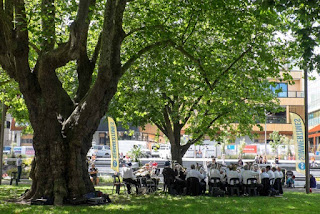 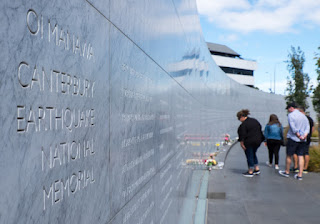 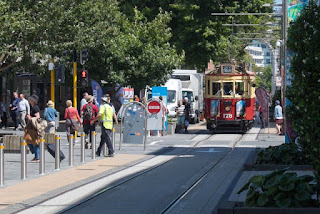 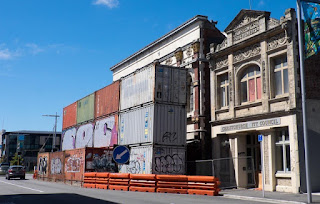 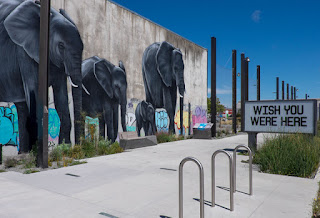 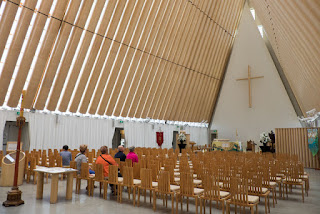