January 12th – The Panama Canal is Busier Than Ever

If ever there was a sign that the world is bouncing back from the Pandemic, then it was the sheer volume of traffic that we were sharing the Panama Canal with. If global supply chains have been disrupted, they now appear to be well and truly back on track – as we watched all those massive container ships go past, it made you wonder what was in there, and where it was going (and, whether the world really needs so many manufactured goods to be shipped around the world).
The new locks for the canal were completed in 2016 and they’ve pretty much doubled the capacity of the canal, which meant that we were towered over by some absolutely huge container ships, LNG carriers and supertankers, that wouldn’t have been able to fit through the old locks. The biggest ships pay over $1million to pass through, so the Panamanian government must be doing ok out of it.
However, we went through the old locks – whose simple but supremely efficient engineering is as awesome now as was when it was completed 108 years ago – they still use the original gates manufactured over a century ago.
For me, the most amazing thing about transiting the canal, is the experience of being on a ship as it’s physically lifted up the 85 feet to the central section of the canal - basically an aquatic bridge that takes you over the mountains from the Atlantic to the Pacific. There are no pumps involved in the gates – just water power and gravity.
A World Cruise is made by the exotic destinations it stops in at, but sometimes just passing through is as good as stopping. 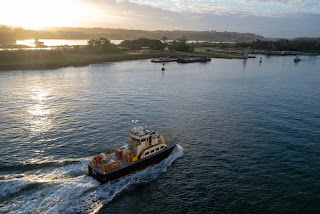 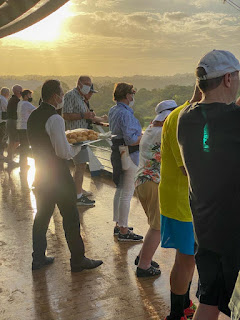 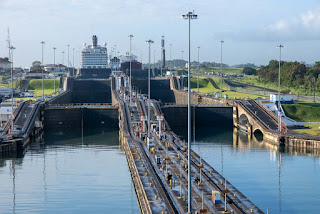 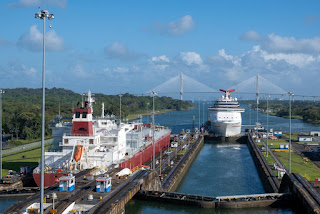 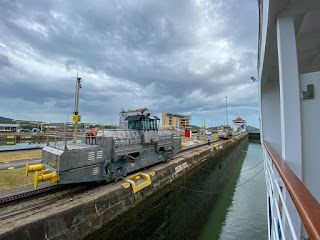