From the unremarkable port of Quepos, we took a quick drive to the wonderful Manuel Antonio National Park – Costa Rica’s most popular National Park. It’s also one of the smallest National Parks in the country, but it packs a hell of a punch, in its range of ecosystems and incredible bio-diversity.
We trekked through thick rainforest and dense mangroves, emerging at an absolutely gorgeous beach of idyllic white sands that looked like something from a tourist brochure. Our guide was excellent at pointing out what we were passing on the way – it was the small details (insects, leaves, bats etc) that were as interesting as the stand-out sights of sloths and monkeys.
Apart from the land crabs that had easily-spottable bright red legs, most of these forest creatures were doing their best not to stand out from the crowd, so we needed the guide’s eagle eyes and his powerful telescope to make out most of the amazing fauna he somehow was able to spot in the dense foliage. He’d point out a sloth or an iguana in the trees that was impossible to spot with the naked eye, but then his telescope would bring these remarkable creatures into focus.
One animal that it was impossible to miss was the howler monkey, who announced his presence with a huge roar, and just as we looked up to see his presence rustling away in the trees directly above us, he attempted to pee on us. This really was nature in the raw.
With the heat and humidity, it was a fairly exhausting trek, but great fun to get so close to nature. Costa Rica is somewhere we need to come back to. 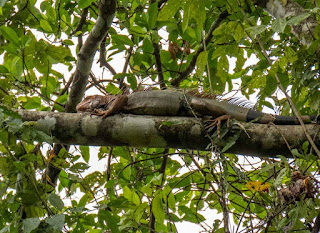 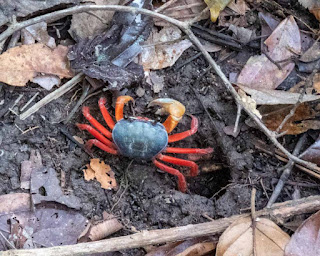 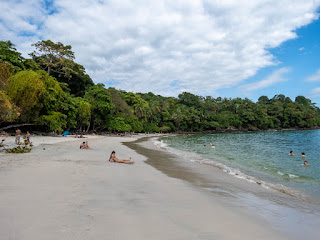 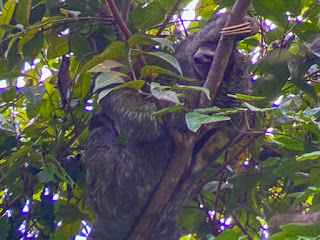 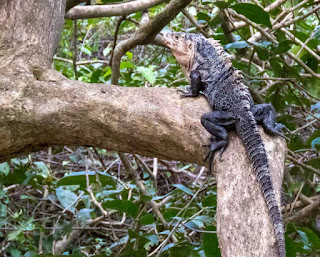 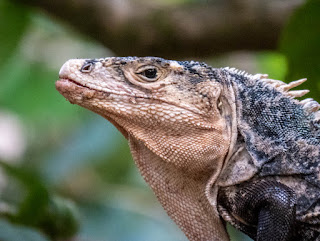 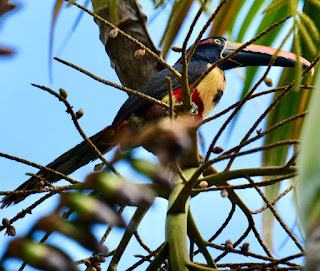 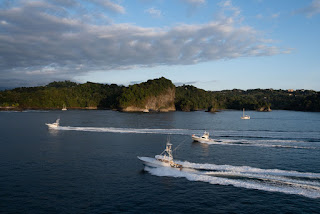