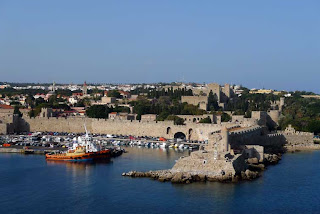 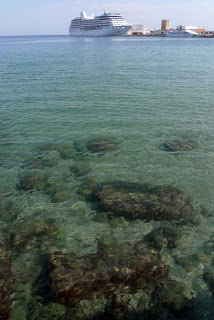 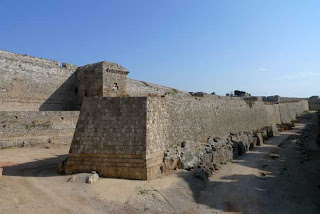 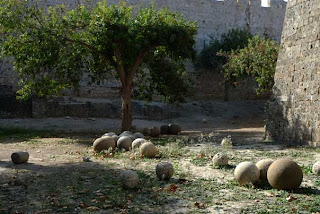 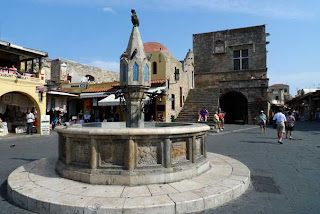 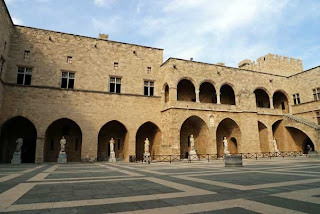 The first of three Greek Islands in a row today – we started with the amazing medieval set-piece that is Rhodes Town. This is the best preserved medieval city on the Mediterranean, and we docked right next to the massive walls and fortifications that enclose it.

Tracy and I visited Rhodes on our first ever holiday abroad together, when we were callow 19 year-olds, and I must say that Rhodes Town has survived the intervening years better than we have. Millions of EU Euros have gone into giving the medieval streets the building equivalent of botox and a tummy tuck, while in contrast we are now visibly sagging at the seams.

Many of the streets have been taken over by touristy restaurants and souvenir stalls, but even this can't take away from the medieval atmosphere and architectural uniformity of the place. While every street with restaurants selling English breakfasts, and shops selling Manchester United shirts, was full of tourists, those with the most history, like the wonderful Street of the Knights, were almost deserted.

A really lovely day of wandering, of history, and of reminiscing.