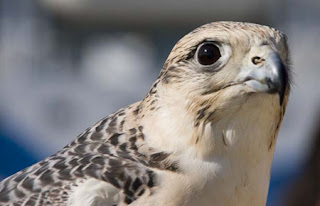 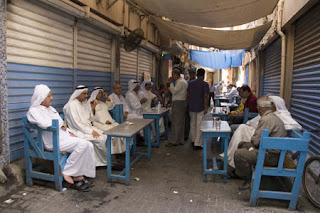 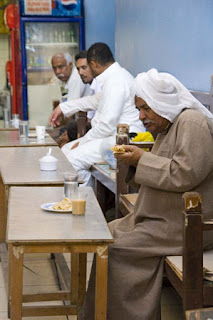 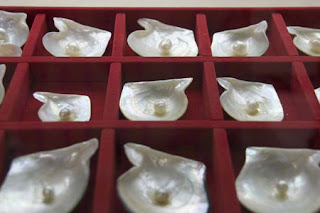 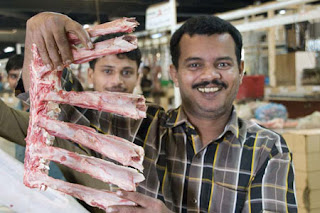 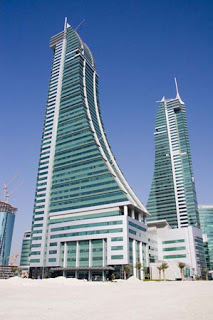 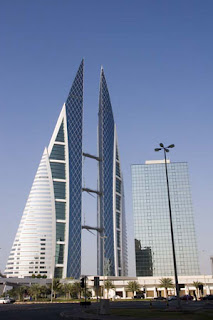 The tiny island state of Bahrain has had oil wealth since the 1930s, so it's not got the same nouveau riche feel as Dubai or Abu Dhabi. It also hasn't got anywhere near the same amount of money as the Emirates, so it's not as flash and has a more "genuine" atmosphere, where you do actually see the locals out on the streets.
Even so, there's still an incredible amount of building and land reclamation going on here, so the outskirts have something of the feel of a building site, while the fact that the whole island is mostly sand, gives the place a fairly dusty feel.
We wandered around the huge souk, which was more aimed at the locals than tourists, and everyone seemed very friendly. We ended up in the Aladin's-Cave-Like Gold Centre, which was full of flashy jewellery and loads of natural pearls – before oil, pearls were the mainstay of the Bahraini economy and they still like to call the island, "The Pearl of the Arabian Gulf".

The Souk starts at the Bab Al Bahrain, the Gateway to Bahrain which was built by the British on the waterfront in the 1940s. These days the Gateway is hundreds of meters from the water, because Bahrain is expanding all the time through land reclamation. We went to the latest development, the Bahrain Financial Centre, an ultra modern marina with graceful sloping twin towers. It will be impressive when it's finished, but it was pretty dead in there at the moment.

Next we went to another iconic Bahrain Development, the World Trade Center Building, looking like a pair of upturned icicles with wind turbines between them – a sign that Bahrain is looking beyond oil for its power, and more importantly looking towards trade rather than oil for its economy. Judging by what we saw today, it's doing it in a more sustainable manner than Dubai.