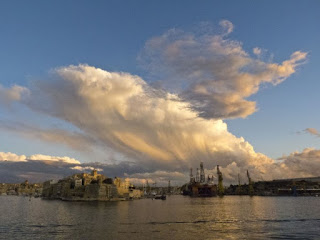 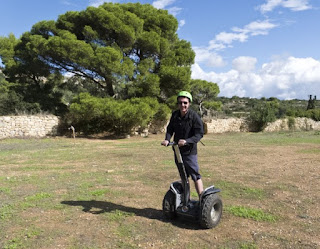 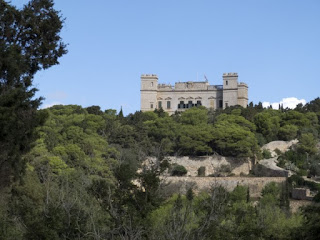 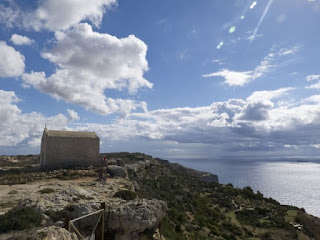 One of the attractions of Malta always used to be its collection of stylish (but chugging) old 1950s buses left over from British times. Sadly, in the last few years, EU emissions laws have meant that these old smokers have been phased out and replaced by more modern, but less characterful new buses.

So, seeing as Malta's transportation has been significantly updated, I decided that it was time to take the most futuristic transport possible – a trip on an electric segway. I had to admit to my group of novices that I have actually ridden a segway before (in Antigua) – a fact that I was trying to keep secret, in case I either turned out to be useless, or on the off-chance that I could look like a complete natural and start whizzing around like an old pro. As it happened, riding a segway is so intuitive that I immediately picked it up again and was immediately showing off – it was like riding a bike (so to speak).

Malta is one of the most densely populated countries in the world, with 400,000 people crammed onto this tiny island, whose roads are busy with over 300,000 cars; so that meant we needed to keep out of the way of the traffic-filled streets of the capital, Valletta. Instead, we merrily zoomed around the back roads of Malta, passing by fields of vegetables demarcated by dry-stone walls, old palaces from the days of the Knights of St John, and over to the impressive cliffs at Dingli.

The thing about segwaying, is that after 5 minutes, it feels totally natural – you don't really have to think about what you're doing, you just zoom along enjoying the views. At the end of it all, walking esseemed so boring – it's just so 20th century.

Malta is a place where there's history all around you – what a great place to go back to the future.