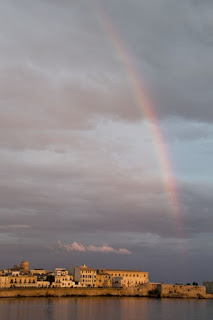 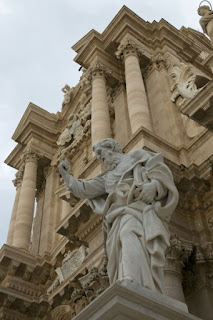 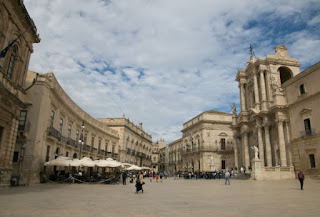 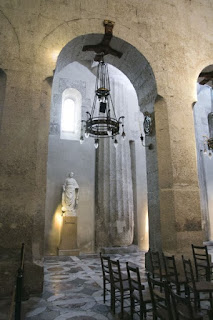 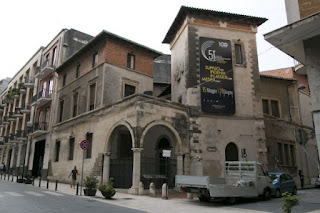 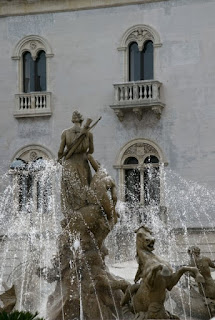 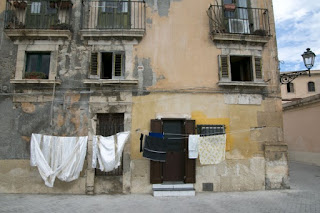 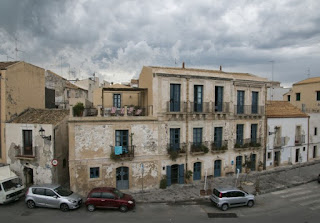 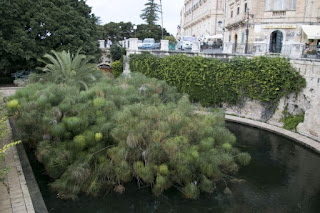 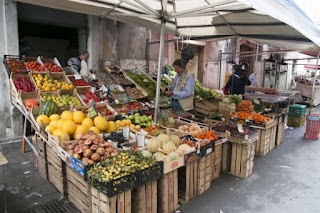 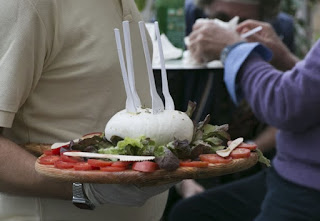 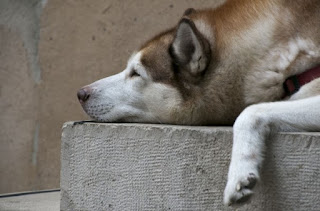 I've always thought that Siracusa was the most attractive of all the Sicilian cities (and that's saying something on an island of so many gorgeous cities), and today confirmed that.

Not only was Siracusa one of the leading cities of the Ancient Greek world, a time when it was a genuine rival to Athens and home to Archimedes; but it also can boast an amazingly harmonious array of flamboyant baroque architecture, all carved out of golden limestone. That's because the city was able to turn a massive negative (being totally destroyed in a terrible earthquake in the 17th century), into a huge positive, by an ambitious re-building plan using the predominant architectural style of the time – baroque.

Actually, Siracusa is like two different cities – you have the oh-so-beautiful little island of Ortigia where all fabulous historical architecture, restaurants and boutique hotels are; and then, on the mainland, there's the mundane modern city of 170,000 people, concrete buildings and typically Sicilian chaotic traffic. Unsurprisingly, we concentrated our time in Ortigia.

After a 20th century of neglect and urban decline, Ortigia has undergone something of a renaissance in the last few years, as many of its grandest buildings have been cleaned up and restored. At the centre of it all, is its once-again gleaming cathedral, whose stunning architecture neatly sums up the island's most glorious high points. On first glance, it looks like a typical baroque confection – jutting columns, dramatic statues and curling scrolls – but, look a bit harder and you see that it's all based upon the enormous Doric columns of an ancient Greek temple – the columns stick out of the more modern plasterwork.

We also went to another church to see Siracusa's greatest piece of art – Caravaggio's brooding Burial of St Lucy. Sadly, the passage of time and insensitive restorations have left this masterpiece a little too dark to make out the action and sense of drama that is Caravaggio's hallmark. It all seemed a little too much like a big splodge of brown with some feint characters superimposed – we hope for better when we get to Naples.

The best way to explore Ortigia is to just wander at random through its atmospheric streets and narrow lanes. Once you're off the beaten track you also get to appreciate that the urban regeneration still has some way to go, in its array of crumbling old buildings and cracked pavements (which sadly boast a pretty good covering of dog mess).

But, Siracusa's wonderful combination of great food, great history, lively streetlife and stunning architecture has inspired us to come back here to this part of the world for longer. We think that September 2016 could be our month in Sicily.