There's not many cruisers who pray for a cloudy day in port, but we seeing as we were planning a day of cycling around the normally sun-drenched Rottnest Island, then we were pleased to see a decent cloud cover this morning. So, we caught a bumpy 45-minute ferry ride across from Fremantle ("Freo" as the abbreviation-obsessed locals call it) over to "Rotto", and we went about hiring a bike to explore.

Because the great thing about Rotto is that it's car free – its miles of well tarmacked roads are set aside purely for cyclists, shared with just a few tourist buses that circle the island. Fremantle itself is a pretty relaxing place, but the change of pace when you get to Rotto is striking – no traffic, no noise, wide open spaces, the sea all around, empty beaches. If you want to feel like you've got away from it all, then this is the place to do it (even if you can still see the skyscrapers of Perth in the distance across the water).

The maps that you're given, provide you with a choice of routes – an "easy" 4km one that takes one hour, an "intermediate" one that covers 10 kms and takes 2 hours, and a "hard" one that does a full circuit of the coast road around the island, covering 22 kms and taking "between 3 and 5 hours". Seeing a challenge to be taken on, we went for the full circuit – although, we were concerned that if it took the full 5 hours, we wouldn't have time to eat, and that we'd be in danger of missing our ferry back, so we decided to go as quick as we could.

So, having picked up some food supplies from the general store, we set off. It was great fun just breathing in the freshest of fresh air, looking across the open landscapes, and visiting some of the most beautifully unspoilt beaches that I've ever seen. These deserted beaches boasted an idyllic combination of powdery white sand and incredibly turquoise seas that were so photogenic – blues and turquoises that became increasingly vibrant as the skies cleared over the course of the day.

For an island that looks pretty flat from the sea, it turns out that Rotto is actually a fairly hilly place, but none of the inclines were too steep, and it meant that there were plenty of freewheeling downhills to enjoy. The other thing that cyclists have to contend with are the winds – when you see so many trees that have been bent over by the relentless winds, you know that at some stage you're going to be cycling straight into the teeth of a gale.

But, the views were always exhilarating, and the other thing that kept us going was the chance to see a quokka in the wild – the cute marsupials that are unique to the island. These inquisitive little beasts look like the cross between a beaver, a groundhog and a rat, and were a little bigger than I'd anticipated. When we were eating our picnic, they were fearlessly crawling and hopping all around us, sniffing our shoes and peering into our rucksacks to see what goodies they could find. Sadly, having had our first encounter with these charming little creatures, we almost got to see our first quokka roadkill, when one ran in front of a bus and got (at least) its tail run over. I think it survived, as there was no trace of it when the bus stopped, but it will be nursing a very sore tail at the very least.

So, we cycled on remorselessly around the island, spurning myriad opportunities to stop at swim on various beach paradises – before, after a couple of hours, we finally decided we weren't in danger of losing our race against time and decided we'd go to the next beach we came across. So, imagine our surprise at making our way to the beach to find that we were at our start point! This 5 hour cycle had been conquered in little over 2!

But, the good thing was that we now had plenty of time to find a beachside bar, cool off in the (surprisingly cool) sea, and have a cold beer, enjoying the most idyllic views. On talking to a couple of holidaying Perthites, we concluded that they were incredibly lucky to have such an island paradise right on their doorstep – although they had to admit that Perth is so remote, they didn't have a lot of other choices!

If you're in Perth, I'd highly recommend a day on Rottnest Island – one of my favourite stops on this World Cruise so far.

PS. The rest of our time in Fremantle was spent eating Fish and Chips, doing a bit of shopping, getting a haircut, and visiting the Shipwreck Museum – all very chilled out. 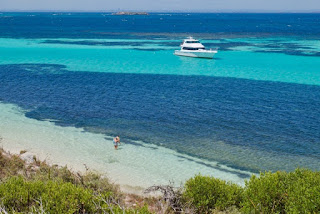 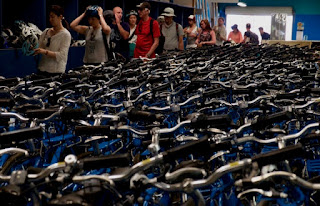 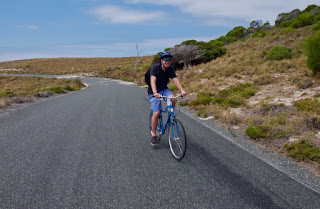 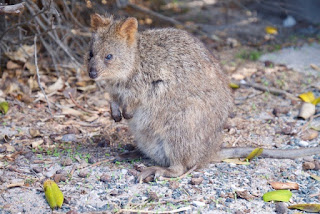 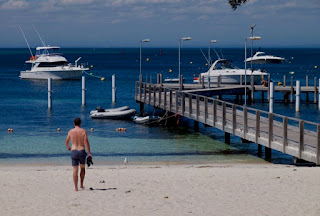 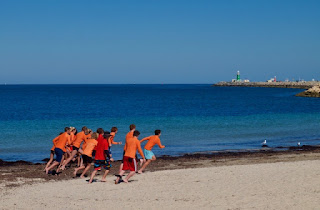 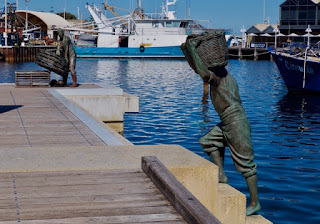 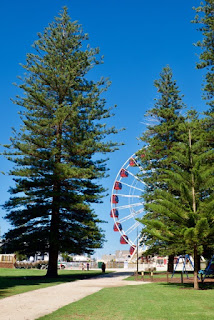 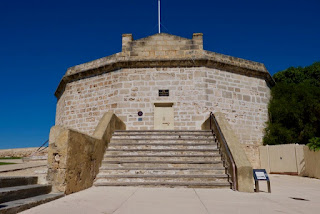 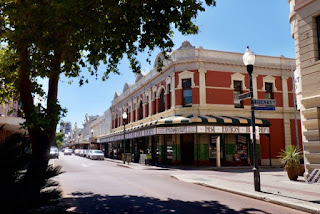