The upcountry town of Geraldton in Western Australia is not on most tourist routes. You've really got to want to come to "Gero" (as the locals call it), because it's not really on the way to anywhere (unless you like thousand mile road trips through the Outback), or you happen (like us) to be sailing up the Western Australian coast and would like a stopover.

However, maybe because they don't have a lot to shout about, Geraldton works a little harder to lay on a welcome for us rare visitors. The people on the streets were very friendly, its museum is way better than you'd expect for a small town like this, and the atmosphere was slightly more cosmopolitan than your standard provincial country town.

Geraldton has clearly been doing fairly well over the last few years, as its ridden on the back of Australia's mining boom – even though prices have fallen, the port was still busy with cargo ships from China filling up with minerals. Plus, the huge grain terminal in the port, is a sign that the land around here is prime farming land. While, the fishing port is busy with lobster boats too, who bring even more money into the town.

The result is that the city has some pretty good infrastructure, plenty of nice cafes, plus a cleaned up waterfront, now they've removed the old railway tracks that previously cut the town off from its attractive beaches. So, with a healthy economy, there seemed to be quite a few new housing developments going up around town, particularly in its sparkling new yachting marina.

In the morning, I joined a tour that took us to the Mid-West's farming heartland – rolling fields of sheep and wheat country. Even though it has been a wet summer, the red earth looked pretty parched, while the main creatures that we saw thriving here were huge amounts of flies – flies that did their best to aggravate any passing tourists by persistently crawling into their eyes, mouths, noses and ears. Fortunately, we were given fly masks, but you do wonder how people can live here, with this constant fly-born nuisance.

We visited a historic old farmstead, where you really got to appreciate the hard lives of the early settlers who arrived here in the 1850s. Never mind the flies - with no electricity and no refrigeration, their tin-roofed old farmhouse would have turned into an oven during the long hot summers – our guide told us that we were lucky that it was "only" 34C today.

It was an interesting little tour, but we were starting to wilt in the heat. However, we all perked up when we were taken to the "Burnt Barrel Smokehouse", where we were treated to some lovely barbecued meats and an array of refreshing craft beers and ciders. Just what we needed.

Then, as we sweated our way around town, we visited its main landmark, the striking HMAS Sydney Memorial, at the top of a hill, commemorating the 645 sailors lost in Australia's biggest naval tragedy of the Second World War. A really beautiful way to commemorate a pivotal moment in Australia's wartime history.

So, Geraldton doesn't promise too much, but it delivers a decent amount to keep a visitor entertained. Sometimes when you have fairly low expectations of a place, you can be pleasantly surprised..... 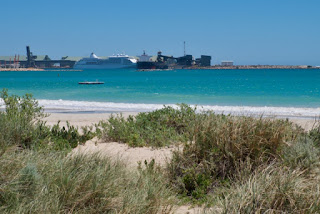 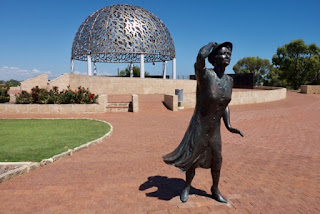 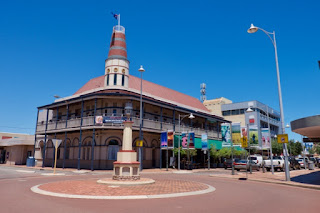 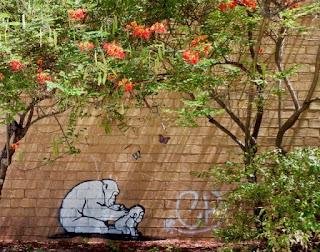 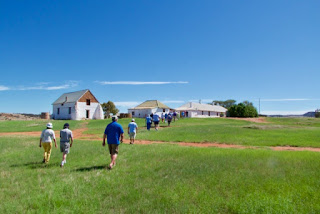 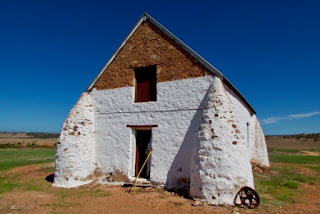