The wonderful thing about a World Cruise is that you can use it to catch up with friends and family in so many diverse places around the world. So, our visit to Melbourne today was a great chance to meet up with some Silversea friends and with an old work colleague who we hadn't seen for a good ten years.

So, we were met off the ship by Larry and Lucinda, who kindly offered to chauffeur us around some of the sights for the morning, starting off with Melbourne's beautiful seaside suburb of St Kilda. It's Sydney that gets all the plaudits for its beaches, but people tend to forget that Melbourne can boast a fairly idyllic beach too – it all adds into an urban package that the Economist magazine rates as the most liveable in the world.

Then, as we drove into the city centre (a task that you wouldn't even attempt in most other major world cities), there was a sense of space on the wide streets that was complemented by probably the best public transport system in the southern hemisphere – an efficient tram system that Australia's other major cities are now trying to copy (having foolishly got rid of their trams years ago).

We visited the lively Queen Victoria Markets and the impressive Royal Exhibition Building, before heading to the Shrine of Remembrance in the King's Domain. This huge memorial to the fallen in the First World War was modelled on a combination of the Parthenon and the Mausoleum of Halicarnassus (one of the Seven Wonders of the Ancient World), and its size and sheer architectural ambition are a sign of the massive impact that the First World War and the Gallipoli Campaign had on Australia as a nation. We were lucky enough to be in there at the exact point that the sun's rays pass over the central memorial, and as the Last Post echoed around its striking interior, it had a very moving effect.

After much catching up, gossiping and laughter over a coffee, we ventured into the centre of town, taking a pleasant walk along the Yarra River, before meeting up with my old workmate, Jason and his wife Mandy. We left behind all the grand Victorian buildings and flashy skyscrapers of the CBD to have lunch in the more earthy suburb of Collingwood – a place with a youthful, boho vibe. Over lunch in a shabby-chic bar we did more reminiscing and catching up – it didn't feel like 12 years had passed since we had been working together in rainy London.

We then walked off lunch with some more exploring around Melbourne's busy streets. Whilst Sydney is perhaps more visually impressive and has an unmatchable natural setting, I'd say that Melbourne's CBD has more of a soul to it (Sydney's soul is more dispersed around its many interesting suburbs), and perhaps Melbourne is the more accessible of the two.

By now, the heat was getting to us, so it was time to catch the tram back to the ship and meet up with Larry and Lucinda again for a fun dinner – again it was like it we'd never been away.

So, today was a day to show what the World Cruise is all about – visiting fabulous cities, making great friends, and rekindling old friendships. What a day. 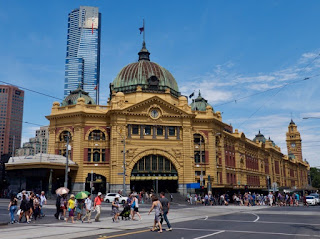 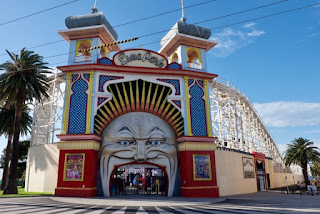 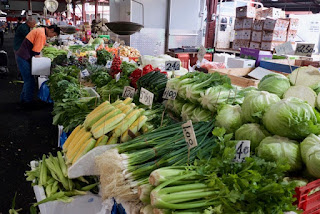 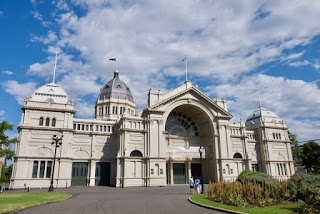 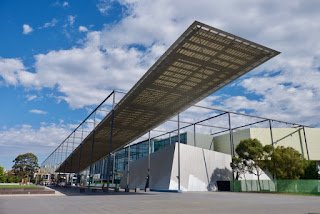 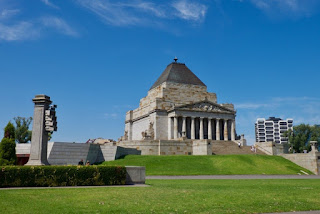