After 2 days getting buffeted in the windy Tasman Sea, then one day getting bashed around in the horribly rough Bass Strait, we were glad to see sight of land, no matter what it looked like. In fact, landfall was coming in the form of one of the more unfashionable cruise ports in this part of the world – the small port of Burnie, on Tasmania's wind-lashed northwestern coast.

First impressions weren't the most exciting, as we were greeted by depressingly grey skies and a fairly unimpressive post-industrial view of town. A gigantic pile of woodchips lay on the dockside; a rusting old paper mill lay disused in the distance; while the waterside was cut off from town by a large railway junction. All these things are reminder that this is a town in recovery – firstly from a century of heavy industry and pollution, and secondly from a couple of decades of industrial collapse and high unemployment.

However, Burnie is trying hard to re-invent itself, as it attempts to become a creative centre, and it works to attract a cruise industry that was previously unaware of its "attractions" – in fact, today was the first time that two ships would be in town at once, so they must be doing something right. And, what its fairly prosaic town centre lacks in character, it makes up for in the enthusiasm of the tourist industry and its guides – everywhere you went, someone was trying to give you directions or a pointer on what to do, while our guide tried to give us the impression that Burnie was indeed the centre of the known universe.

But, the reason for coming to Tasmania, is not really to visit a fairly run-of-the-(paper)-mill provincial town like Burnie, it's to see the unspoilt countryside that surrounds it. Sadly, the weather refused to co-operate, and we didn't really get to experience Burnie or Tasmania at its best. Because, a strong wind was gusting for the entire day, and it was raining quite heavily for most of it too.

Normally, I'm fairly sceptical when the guide tells you on a rainy day how unlucky you are, and that they've been enjoying "an amazing summer up to today"; but, from the yellow grass of the rolling countryside, you could see that they haven't had much rain here recently. Well, I think that today made up for that. At times, it absolutely lashed it down.

Our trip first took us to Highfield House, a fascinating Regency building from the very first days of the colony, when the Van Diemen's Land Company was attempting to turn this part of the world into a lucrative sheep-producing area. We heard that, sadly for them, the oppressive weather here meant that the sheep farms failed and vast fortunes were lost - the elemental conditions that we experienced today certainly made this seem fairly believable. The house was in the process of being restored, so some rooms looked quite grand, while others were still fairly ruined – it was like a melancholic metaphor for the bright hopes and then dashed dreams of the company in this rather bleak part of the world.

By now, the weather was really closing in, so I really should have followed the example of most of the other guests, and declined to take the chair-lift up "the Nut" – an enigmatically-named lump of volcanic rock, that sits above the pretty town of Stanley. Just as I climbed onto the chair-lift, enormous gusts of wind blew in, pelting me with hard drops of rain arrowing horizontally straight at me. I felt pretty exposed as I dangled there on the swaying chair-lift, trying to shelter my face from the stinging rain. Of course, the views would have been beautiful if only I'd been able to keep the rain out of my eyes – at one point I got my phone out to take a picture but the gale almost blew it out of my hands, so there is no documentary evidence of my trial-by-Nut.

Ironically, as soon as I got back down to the bottom, the winds died down again to just Hurricane-level (although it continued to rain); but I was by now absolutely drenched, and feeling frozen. That meant that I wasn't really able to appreciate the historic atmosphere of Stanley, which I'm sure would be very attractive in the sun, but looked dull and deserted in the dreary weather.

I suppose that nowhere looks good in the rain, but Burnie and Stanley were not looking their best today. In weather like this, the tourist industry can be a tough Nut to crack.

PS. Tracy had a more successful time at the Wings Wildlife Park, so here's a couple of her animal shots. 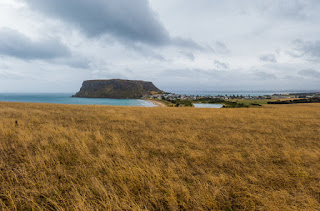 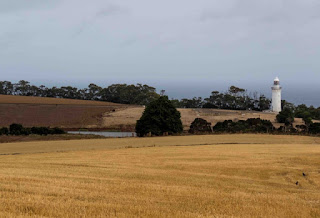 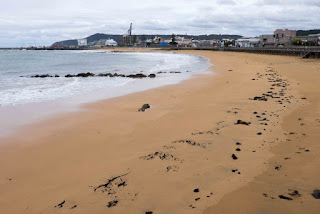 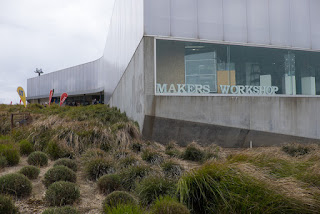 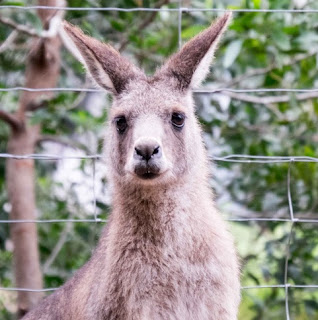 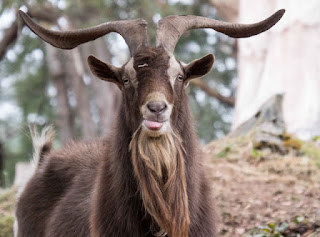 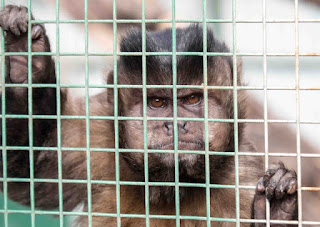 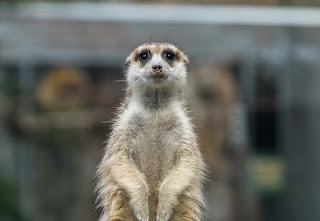