February 5th – He’ll Be Running Round the Mountain in Tauranga

Unfortunately, I had an afternoon lecture so I wasn't able to join Tracy on the trip to Hobbiton to visit the Shire, where Lord of the Rings and the Hobbit was filmed. I spent much of my (sadly not very misspent) youth reading the books, and I enjoyed the films, but in my place I sent a Tolkein agnostic and Peter Jackson aetheist. Even if it wasn't as significant for her as it would have been for me, her pictures certainly makes it look pretty good.

So, instead I decided that I would go for a run around Mount Maunganui (the stirring volcanic plug that dominates the port), and see how far I could get along the beautiful surf beaches that stretch for miles along the coast. The circuit round the mountain is only about 4 kms, but just that was hard enough, because the path was quite undulating and not as flat as I thought it would be. There were lots of people going for a walk around it, so I had to keep up the pace in an attempt to look fit and healthy.

Then, when it came to the beach, I had the excuse that I needed to take pictures for the constant stopping for a breather. For me, this is one of the nicest beach resorts in New Zealand – actually, "resort" is too strong a word for as laid back a place as this, but there were plenty of families out on the beach enjoying the sunshine and the beautiful setting.

Even if I didn't get to see those hobbitses, Mount Maunganui is a pretty good alternative. 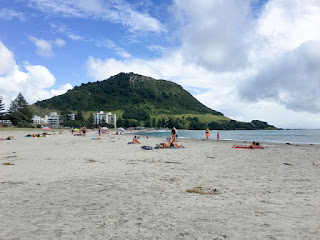 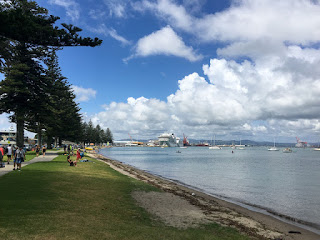 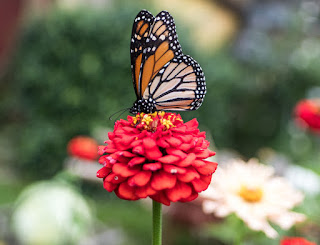 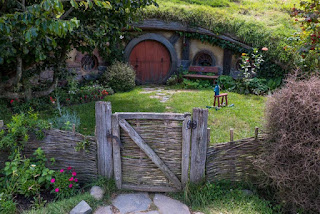