February 2nd – Glow-worm spotting in the Bay of Islands

Going on a tour to seek out the larvae of the fungus gnat might not sound particularly exciting, but it was actually very interesting. Because, this unattractive-sounding gnat manages to produce a really beautiful natural phenomenon as thousands of them come together in the caves of the Bay of Islands' to put on a wonderful light show.

Actually, having heard about the life cycle of a fungus gnat, I was increasingly impressed by this tiny creature. He hangs around on the roof of a cool, dark cave like the one we were visiting (the Kawiti Caves), then he builds himself (or herself a cocoon) from which he tries to catch a passing mosquito. Quite why a mosquito thinks that the depths of a dark cave is a good place to hang out, I don't know, but as far as I'm concerned they have it coming.

So, the hungry glow-worm hangs down a blue luminescent light, which the mosquito instinctively heads towards. Having caught the hapless mosquito, the glow-worm feasts on it for 2 weeks, before looking for his next meal. This process is continued for about a year, before the glow-worm decides that it's time to grow up and become a gnat.

Unfortunately, adult life has its downsides, because it turns out that his adult mouth doesn't actually work, so he can't eat and he starves to death for three days. The upside is that those three days are all about non-stop procreating, so maybe he doesn't notice that he's hungry before he dies a happy gnat.

Anyway, it's amazing to get into the cool cave, and then turn off our lanterns and see the blue/green glow of thousands of those tiny glow-worms emerge out of the darkness, like you're at a tasteful disco. The more your eyes grow accustomed to the dark, the greater the constellation becomes – a glittering milky way appearing before your eyes. Really beautiful to see.

The rest of our tour took us to the quiet town of Kawakawa, which is famous for two things – 1. That a train line runs through the middle of the high street. Fortunately, the town is so sleepy, that this doesn't cause a traffic hazard. And, 2. That there are some very distinctive public toilets that have been decorated with lots of arty tiles and mosaics. It's a nice little town, but the fact that its public toilets are its main attraction probably confirms that there's not much to see in Kawakawa.

At the end of our tour, I did a nice trek in Paihia that I hadn't done before, heading up from town into the bush up to a lookout over this island-studded bay. The forest was buzzing with insects and echoing to the call of unseen exotic birds – it really felt that you were in the wilderness, before you emerge at the top and get a view back down to the ship in the bay. As ever in the Bay of Islands, it's nature that's the chief attraction.

Anyway, in my next life, I'm going to come back as a fungus gnat. 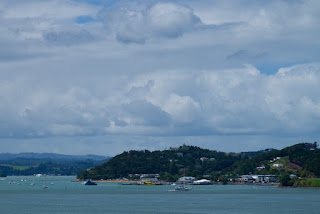 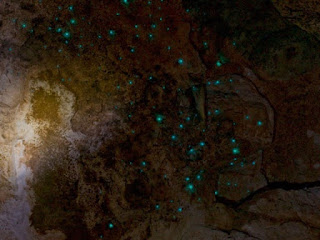 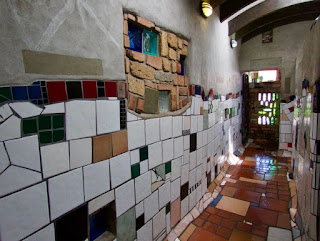 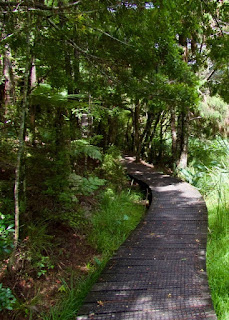 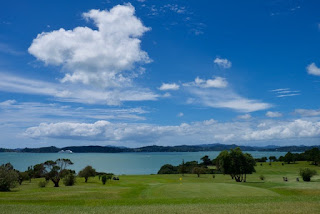