If you were feeling particularly religious and wanted to worship at the Churches, Temples and Mosques of pretty much all the world’s religions, then Penang would be the place to do it. Crammed into its beautifully preserved Old Town centre, we were able to visit historic Catholic and Anglican churches, colourful Hindu temples, incense-filled Chinese Buddhist temples, and exotic-domed mosques.

This easy mix of religions and cultures in such close proximity, along the so-called “Road of Tolerance” neatly encapsulates the atmosphere of Penang. The city is simultaneously exotic and familiar, it’s cosmopolitan and relaxed, and best of all it’s accessible (everything just a short walk from the ship).

The only negative to Penang is just how hot and humid it is – there’s so much to see, but you can quickly feel drained of all energy. Fortunately, there are plenty of trendy new cafes to rest in, or you can head to the large malls on the edge of the old town, to get some air-conditioning and cool down your core temperature to just below boiling.

Having slightly cooled down, we headed to my favourite part of town – Little India. This had all the vibrancy and colour of the sub-continent, but without the grime; while the sounds (of Indian music booming out of the shops), and the smells (of so many curries) gave the streets a really exotic atmosphere.

We went to old favourite, Ananda, for one of our cheapest meals in a long time – a selection of tasty veggie curries on a banana leaf for an unbelievably low price.

Penang has something for everyone, and it confirmed once again that it’s my favourite place in this part of the world. 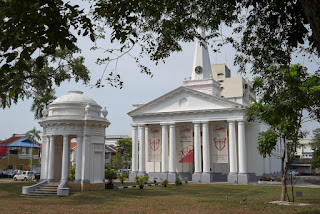 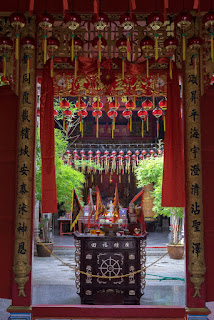 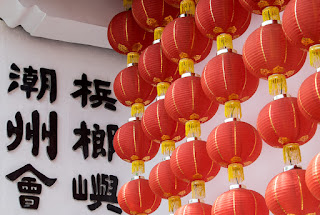 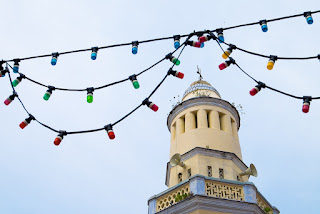 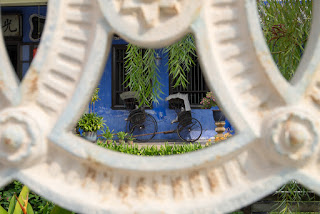 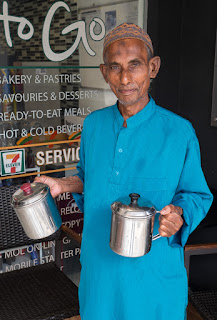 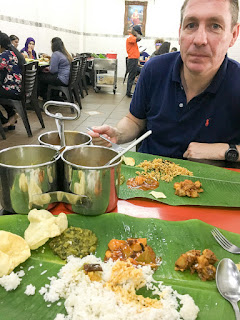 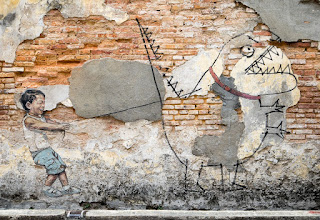