April 7th – Chilling Out in Phuket

I must admit that I never used to particularly like Phuket. It was always too touristy for me – tired old elephant rides, over-crowded beaches, and faux-“exotic” temples laid on for the tourist masses. But, over the last couple of years, the island has been growing on me.

Phuket town is much improved over the past few years, and it has a more “genuinely Thai” feel to it than you’d perhaps expect. While, this year I decided to embrace rather than fight against what’s brought Phuket its fame – its beaches and resorts.

Rather than head over to the western side of the island (where the best beaches and the more popular resorts are), we took a quick 5-minute cab ride up to the Crowne Plaza Hotel, which had some pretty good facilities, even if the beach didn’t look too appealing at low tide. So, we had a very relaxing day, chilling out by the pool, catching up on the newspapers and just enjoying doing very little.

That evening, we went to a lovely restaurant in Phuket Town that we’d been to last year – Tu Kab Khao. If anything, it was even better this year, and it was a good thing that we’d booked ahead, because the queue was out of the door and people were being turned away. As a sign that it’s a good place, there were more locals there than foreigners. The food was really excellent – just enough spice to get the lips tingling, but not enough to blow your head off.

So, the lesson from today was that if you keep it simple in Phuket, you can have a great day. 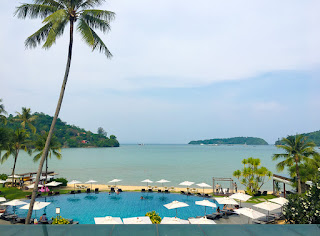 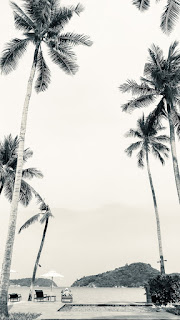