On the positive side, the city has an amazing natural setting, with superb surf beaches on one side, and a huge natural harbour on the other. The city is surrounded by beautiful and fertile countryside, and its people are a heady mix of Indians (who make up a third of the population), whites and Zulus.

But, on the negative side, the centre of the city (which has a great collection of grand Victorian buildings) is showing clear signs of urban neglect. On its busy streets, we scarcely saw a white face, as the white population have abandoned the city centre for the safety of the suburbs. In their place, there’s been an influx of immigrants from Zimbabwe, Mozambique and other impoverished African countries, while supposedly parts of the city are in the hands of Nigerian crime gangs. Even our incredibly positive guide (who holds high hopes for the future of the country now that Jacob Zuma has gone) had to admit that the centre of Durban has become a pretty dangerous place.

We visited Victoria Market right in the midst of this urban chaos, and it acted as a safe haven to browse its stalls of spices from India, bead jewellery from Zululand, and tat straight from China. We then moved onto the super-modern Moses Madhiba stadium, which was built for the 2010 World Cup. In a metaphor for what’s happening in the city at large, the cable car that used to take tourists for soaring views over the stadium and the city has broken down, and there’s no indication of when (or whether) it will be fixed.

We went up to a lookout over the city in a neighbourhood of nice houses sitting behind high walls, electric fences and razor wire; and then we went down to the attractive botanical gardens where families (of all races) were having picnics like they didn’t have a care in the world. I guess that life in Durban, whether you’re at the top or bottom of society is about making the best of what you have, and ignoring the worst aspects of the city as much as you can.

This place has all the potential to become a tourist hotspot and an economic powerhouse– it needs some good government and a healthy dose of equality and education for it to achieve that potential. 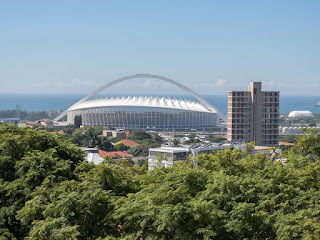 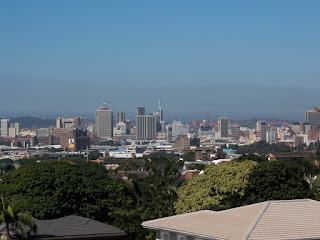 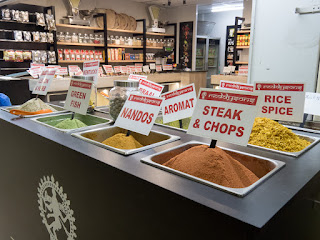 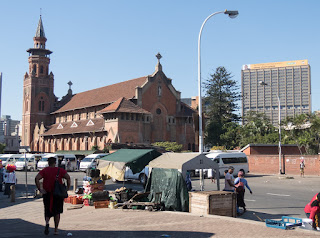