When you sail into the small island group of Mayotte, there is a fascination about suddenly arriving back in the European Union off the coast of East Africa. This tiny French territory faces severe problems with migration from the neighbouring Comoros Islands, which has resulted in a booming birth rate that the island’s infrastructure is struggling to keep up with, and a rise in crime and litter.However, it remains a fairly sleepy place (especially on a Sunday), and it must be said that, on land, there aren’t a great deal of sights for the budding tourist to see. However, Mayotte’s main attractions aren’t on the land – they’re out in its sparkling lagoon (the biggest in the Indian Ocean), and in its superb coral reefs.

Because, the lack of industry and the lack of much tourism here has meant that these are some of the best snorkelling and diving conditions in the region – in fact, many of the people on my tour had done every other snorkelling tour on this World Cruise (in the Pacific Islands, the Great Barrier Reef, the Maldives and the Seychelles), and they all agreed that what we saw here today was the best of the lot.

As soon as you put your head under the water, you could see that the coral was in superb shape – it wasn’t desperately colourful in the harsh sunlight, but we could see plenty of blues and purples. However, it was in the sheer variety of shapes that it really stood out.

Of course, there were lots of tropical fish sporting all sorts of exotic patterns and colours, but the highlight was seeing a few turtles gliding alongside us like they were flying. We were given plenty of time to explore the huge bank of coral that lines the “Passe en S”, a curving pass that enters the lagoon tracing the line of a former river bed – there was so much to see that time passed without you noticing.

Having been to so many snorkel sights that are a bit of disappointment these days – too much dead and bleached coral, too many tourist boats jostling for position, too much pollution in water – it was great to explore somewhere that was pristine and in such good health.

If Mayotte can sort its social problems out, this place could be one of the next big things in tourism. 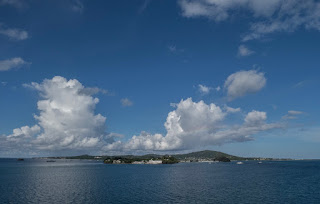 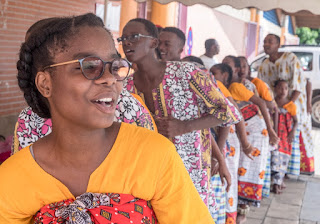 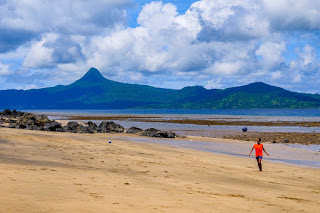 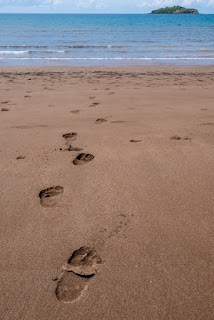 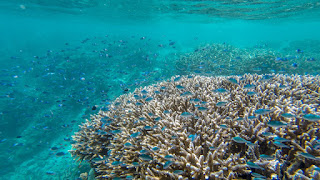 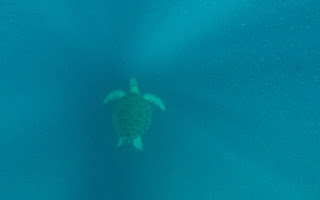