Mahe is the largest and most developed of the Seychelles islands, but it still feels like a little slice of paradise.
In a place which has a fairly timeless atmosphere, one of the few places where you can detect signs of change is from the ship itself. Sticking out into the harbour, we could see the large new land reclamation developments (financed by the Gulf States and South African entrepreneurs) where foreigners are being tempted to buy holiday homes. And, high up on the hill overlooking Victoria, we could see a huge new Palace belonging to Sheikh Khalifa of the UAE.
But, apart from these new developments (which at least are a sign that foreign money is coming into Africa’s smallest and richest nation), this is a place where it seems like not much changes. The attractions are still its slow pace of life, its lush mountain scenery, and its fabulous beaches.
I joined a trip to the south of the island, to visit the “Jardin de Roi”, an old spice plantation set up by the French when they still ruled the island in the 18th century. Actually, the original plantation ended up being burnt down by an over-zealous soldier who thought (erroneously) that the British were attacking and would steal all the valuable spice plants. So, the plantation that we were visiting was actually set up in the 19th century, a couple of kms away from the site of the original one.
The plantation was full of different spice plants and trees producing cloves, pepper, nutmegs and cinnamon that once would have been close to worth their weight in gold. Obviously, the value of spices has plummeted over the centuries, but it was good to see where the contents of our spice cupboards would have originated.
Of course, this being the Seychelles, the Spice Garden was also home to a few Giant Tortoises - the height of their slow-motion activity was to lean their leathery old necks out to munch a few leaves offered by us generous tourists.
It was hardly a high octane tour, but it was to get even more chilled out when we were taken to the beautiful Anse Royale Beach, where I had a lovely swim in the bath-like waters before drying out on the beach. As it was a Sunday, there were plenty of locals enjoying this wonderful natural playground with us – what an amazing place this must be to live. Actually, a shopkeeper later told me, that this is a great place to visit for a week or even a month, but longer than that and it got boring – I wouldn’t mind getting bored here for a couple of months.
As if to prove that not much happens here, I headed into Victoria after our tour, and I confirm that the nation’s capital is pretty much comatose on a hot Sunday afternoon – everything shut and hardly anyone out on the streets. If you had a day off on an island full of amazing beaches – would you bother going into town to go shopping?
Seeing as our next port after the Seychelles is going to be the chaotic city of Dar Es Salaam in Tanzania, this could well be the calm before the storm – and what a lovely piece of calm it was. 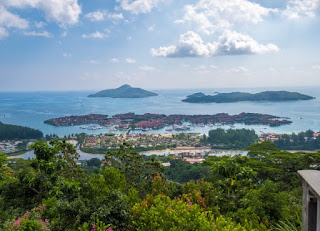 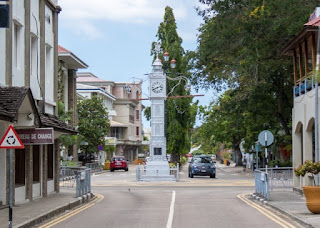 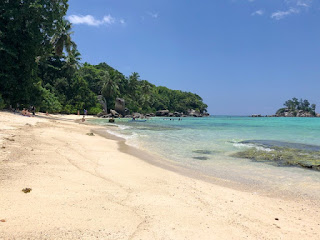 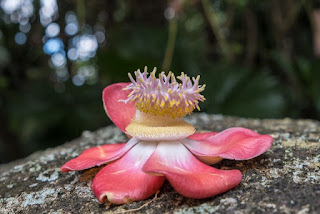 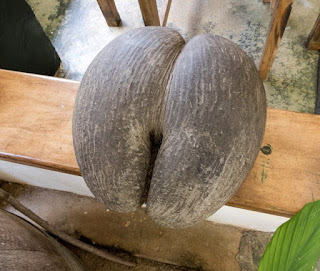 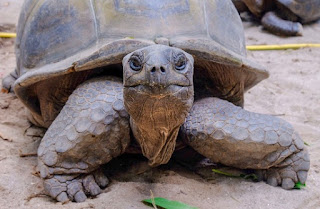