Everywhere you go in Costa Rica, you hear people saying “Pura Vida” to each other – a ubiquitous phrase which appears to have multiple meanings, from “yes”, to “no”, to “no worries” to “hello”. But, the phrase – which literally means, “Pure Life” - really sums up this peaceful Central American nation. Here, the natural world comes first in a country where over 25% of its territory is protected National Parks.
From the town of Puntarenas, I took a trip along the Tarcoles River to see some of the wonderful array of wildlife (and particularly birdlife) that lives along its banks. Even for someone who’s not really into bird-spotting, it was quite amazing how much there was to see. We started off with views of wading herons and hopping vultures along the river’s edge; in the trees were pink spoonbills and eagles holding onto freshly caught fish; and in the air were soaring frigate birds and enormous pelicans. Our guide reckoned that we saw at least 30 different species of birds in our time on the river.
However, the stars of the show were the menacing-looking crocodiles lurking on the banks or floating like logs in the river. Most of the time they were still as statues, but then they’d leap into life and suddenly launch themselves into the river. We were told that they weren’t considered a danger to humans (which must have been a relief to the fishermen on the banks), but they had been known to take down the odd cow who ventured too close.
My favourite sight was of the Jesus Christ lizard (he literally walks on water), but he was too small and fast for me to capture on film; while the capuchin monkeys jumping around in the trees were great to watch. Sadly, most of my photography consisted of blurry shapes in the trees, so these photos are the best of a bad bunch. 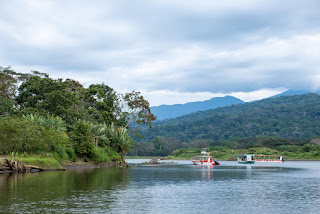 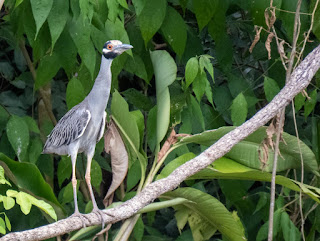 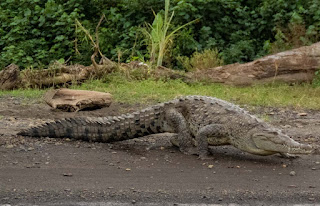 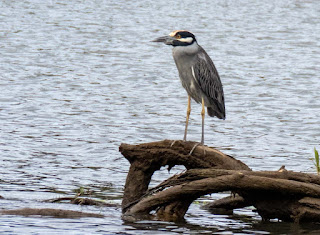 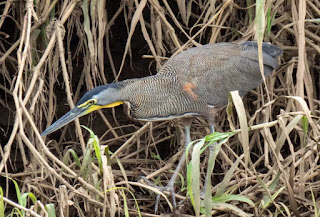 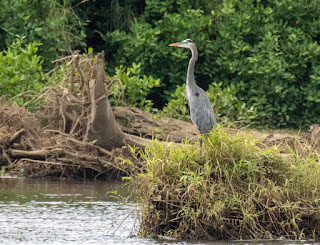 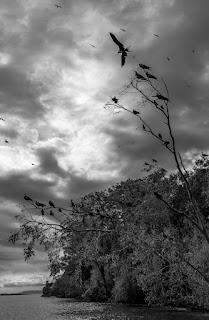 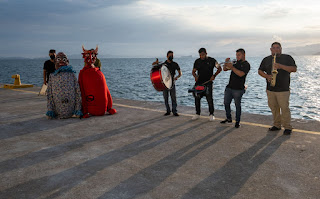 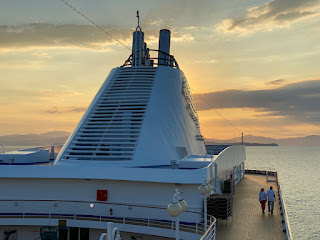