If there’s one place where doing a “Panoramic Tour” doesn’t leave you feeling short-changed, then it’s in Chile’s stunning Lake District – an area of incredible natural beauty, full of rolling fields, glistening lakes, and awesome volcanoes, that look amazing even from a bus window.

Again, the Chilean authorities wouldn’t let us off the bus, but the views more than compensated for that. Because, the Lake District is one lovely vista after another; particularly after the drab brown desert backgrounds of northern Chile, these emerald green landscapes were looking fantastic.

The countryside reminded me of New Zealand, while the pretty lakeside town of Puerto Varas displayed its German roots with quaint architecture that wouldn’t have looked out of place in Bavaria (it was founded by German immigrants in the 1850s).

But, overlooking everything was the dominating presence of the perfectly conical Volcan Osorno, its lofty peak still cloaked in snow, even on this warm summer’s day. Reassuringly, its last eruption was back in 1835 (when Charles Darwin happened to be passing by), although the other big volcanic beast that we could see (Volcan Calbuco) is a bit more active – last erupting in 2015.

The Chilean Lake District is an area that deserves much deeper exploration than a 3-hour drive-by – we’re putting tentative plans together to come back sooner rather than later. 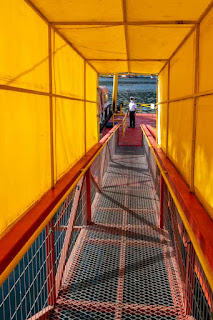 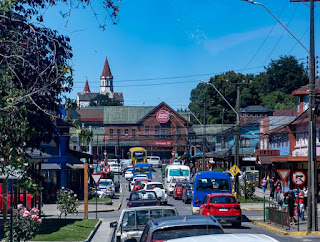 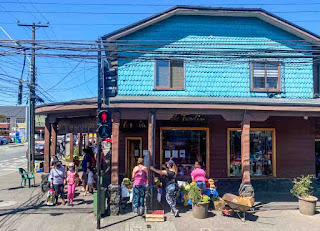 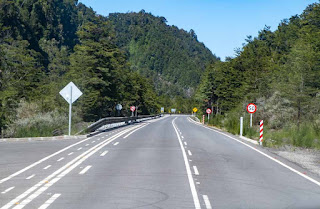 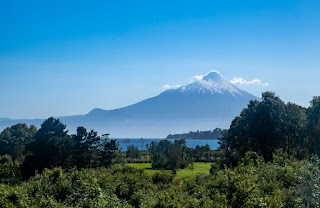 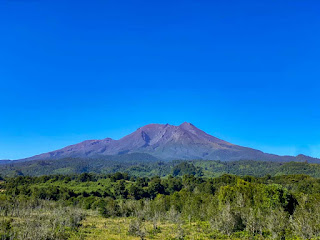 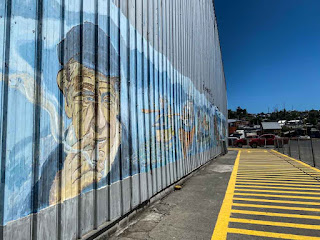