When you’re cruising the world during a pandemic, you need to expect a few last minute changes and obstacles, and that’s what we got today in Guayaquil, Ecuador’s largest city. We got off the ship to find that the city had just gone into Red Alert because of a high number of Covid infections. That meant that the authorities would only allow us to do “Panoramic Tours” – i.e. not getting off the bus at any point.
But, when you think back to what Guayaquil was experiencing at the start of the pandemic in 2020 – so many dead that its morgues and cemeteries were being overwhelmed and bodies were being just dumped on the street – maybe it wasn’t surprising that the city’s authorities were being so abundantly cautious.
To make sure that we didn’t break their stringent protocols, we were even given a police escort all the way round – no-one was to be allowed off the bus, even for a toilet break (on a three-hour trip, that was a challenge for some of us!). We did have one bizarre visitor get on the coach though – at one point, a heavily-armed policewoman got on with a ventriloquist dummy telling us to take some photos. No one could fathom why this was happening, but at least it was an attempt to make the city more welcoming.
Actually, a couple of decades ago, this was a place where you’d probably be glad not to get off the bus, such was its reputation for crime and disorder. However, Guayaquil has undergone something of a renaissance in the last few years, so what I was seeing from the bus made me keen to explore further.
Of course, you can never get a real sense of a city from a bus window, but these were the overall impressions.
1. The huge number of policemen and security guards absolutely everywhere. There must be better ways to make your city safe.
2. This is a very mixed city – some very smart areas and some really seamy areas in close proximity, which is an explanation for the proliferation of razor wire and iron bars on every door and window.
3. There were lots of people sweeping streets and there wasn’t much graffiti – there appears to be some good attempts to restore civic pride.
4. The city seemed to have a nice buzz about it – lots of people waving hellos at us.
5. Guayaquil appears to be on the up – a decent public transport system and plenty of new building projects show that this is a city with a plan.

So, it was sad not to get the full Guayaquil experience today, but at least we saw enough of the city to want to come back. 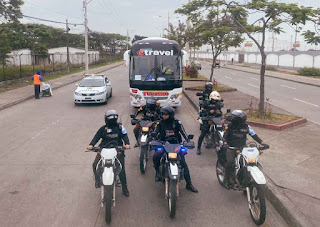 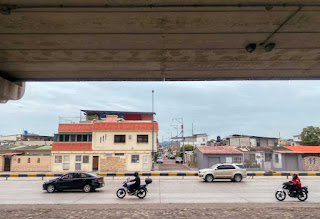 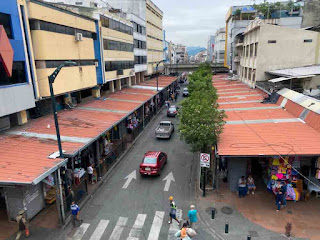 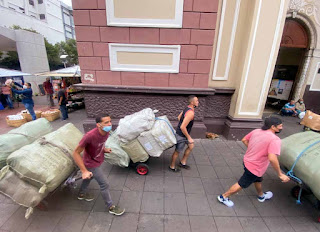 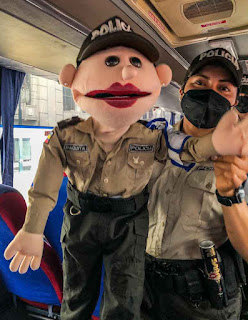 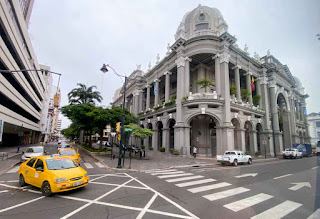 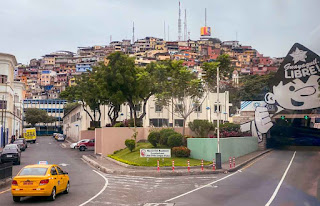 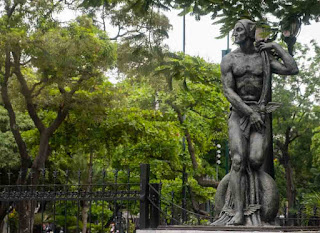 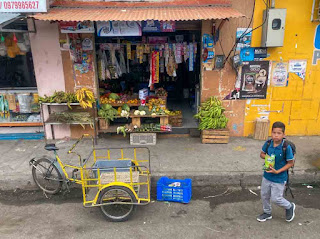 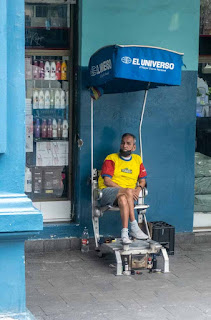 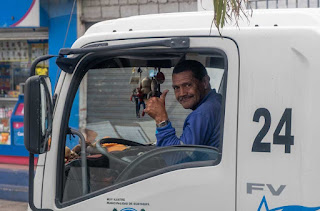