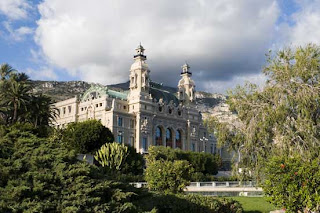 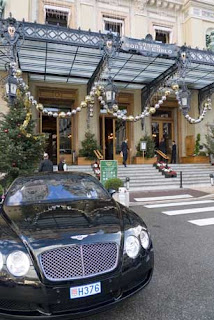 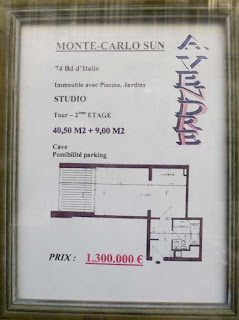 Monaco was bathed in lovely winter sunshine, so we decided to do a walk around town – it's not often that you can walk across an entire country in a matter of a couple of hours.

We were lucky enough to be docking right in Monaco's harbour, one of the most exclusive berths in the world. We were docked next to a huge private yacht, the Lady Moura, which was scarcely much smaller than our ship. We looked it up on the internet, and it turned out that it was owned by a super-rich Saudi businessmen. Apparently, it even has an artificial beach, complete with sand (not sure why a Saudi Arabian would transport sand around with him), and the dining room, has a 75 feet long dining table.

We walked up to Monte Carlo, the home of conspicuous consumption, to see the Casino, and then we had a peek into the exclusive designer shops, filled with ridiculously-priced, ostentatious and impractical stuff. We also had a look in a few estate agents' windows, to see if we were ready to move to Monaco yet. We found a fairly ordinary and tiny looking flat of 40 square meters, that was a snip at €1.3 Million – I don't think Monaco's ready for us just yet.