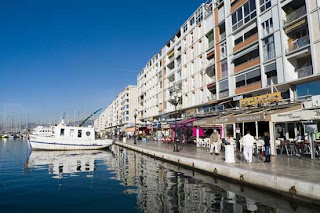 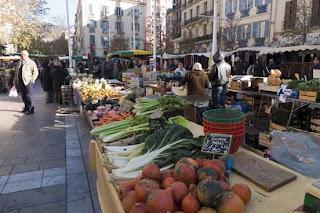 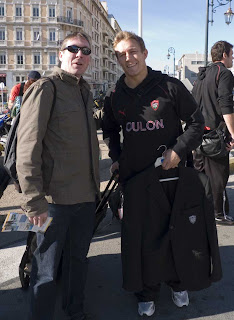 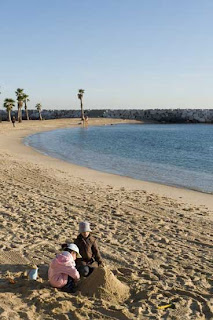 Another beautiful day in Provence to explore the untrendy town of Toulon. As the home of France's Mediterranean Fleet, and a place that was bombed pretty heavily in the Second World War, Toulon has a bit of a reputation for being a place you should head out of as quickly as you can – a kind of poor man's Marseille.

That's not really doing the place justice at all, because it's actually a fairly pretty town, with an attractive waterfront, and some great beaches within 15 minutes walk of the town centre.

It's only 5 minutes from where the ship docks into the centre of town, so we explored its lively street market (the biggest in Provence), wandered its medieval warren of streets, and stopped in a café on the harbour, to bask in the sun.

As we did some further exploring, we joked that we might bump in Jonny Wilkinson, English rugby's greatest star, who is now playing for Toulon's ambitious rugby team. Then, just as we were passing the train station, we noticed that there was a coach dropping off a bunch of enormous and grizzled men in tracksuits. Then we saw England's Golden Boy himself, walking towards us, obviously desperate for an opportunity to have his photo taken with me. I kindly accepted his request, and gave him a couple of insights into the world of rugby without trying to look too star struck.

Scarcely able to believe the chances of this encounter, we walked to the town's lovely sandy beaches. It says something of the high quality and beauty of Provence's coastal towns and beach resorts, that somewhere as nice as Toulon is dismissed by the guidebooks as merely "a gritty seaport".