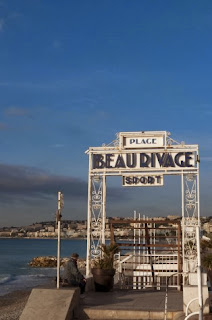 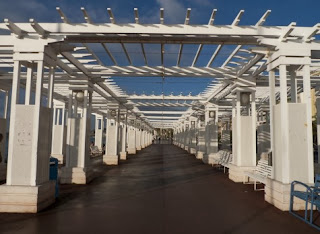 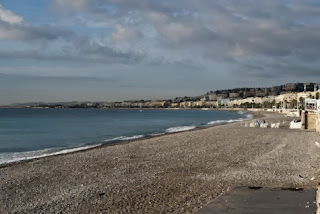 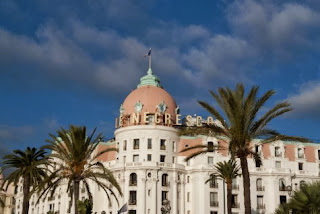 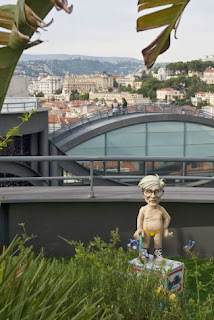 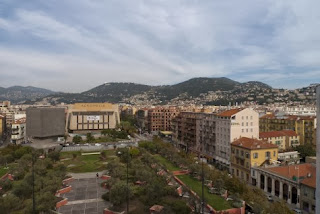 Just before we set sail for Monte Carlo on the 3rd, a big storm blew up in the Mediterranean, so the captain made the sensible decision to stay in port overnight to avoid the worst of it. Having said that, when we did leave on the morning of the 4th, it was still pretty rough. Normally, after 3 weeks at sea I've got my sea legs, but the Med hads been like a millpond up to this point, so I was feeling pretty rough all morning – fortunately, it had calmed down by the time of my lecture in the afternoon, or the lecture would have been given from my bathroom!

Our delayed departure meant that unfortunately we were running a day late, so we had to miss out on Marseille, and dock in Nice rather than Monte Carlo.

However, Nice makes a pretty appealing second choice, so we got up early to go for a power walk along the beautiful Promenade des Anglais – marching at a much faster pace than the sedate promenades of my English Victorian counterparts after whom the seafront was named. At this early hour, and at this late stage in the holiday season the Promenade was delightfully empty, but it still looked pretty good in the morning sun.

Having walked the length of Nice, we headed back into town to visit the Museum of Contemporary Art, which had some interesting exhibitions on Matisse, and lots of works of art by an artist I hadn't encountered before – Yves Klein. Apparently, Klein used to get naked women to cover themselves in paint and then roll around huge canvases to create his art, which seems like a pretty good way to make a living to me. Actually, the end results were surprisingly good, plus the other great thing about the museum is that the views from its roof terrace across town were fantastic too.

Nice always looks pretty good, but after a rough day at sea, it was looking pretty wonderful today.