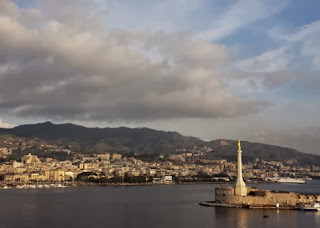 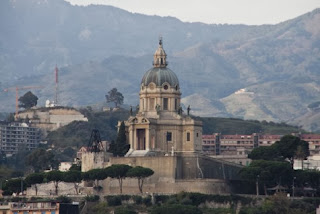 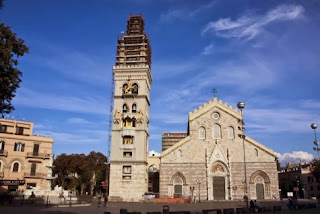 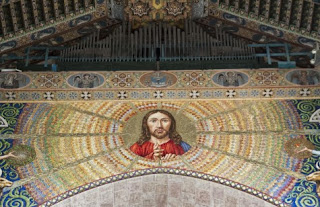 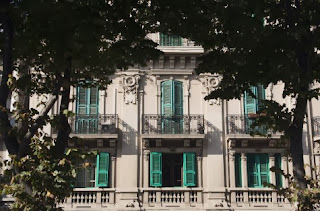 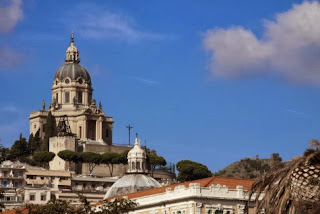 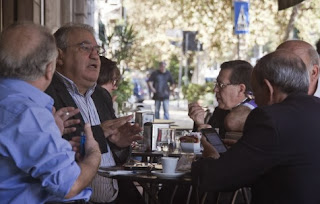 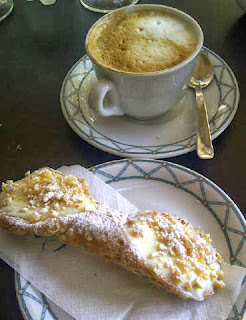 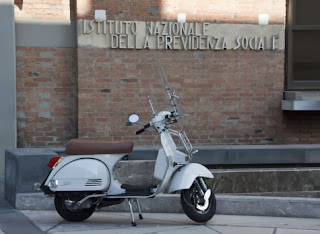 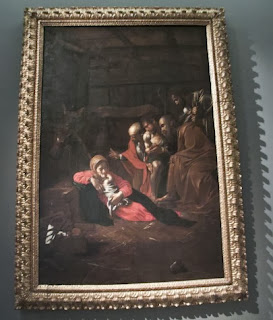 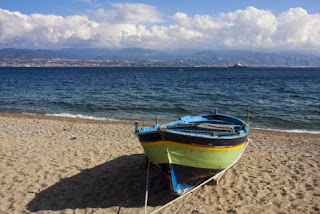 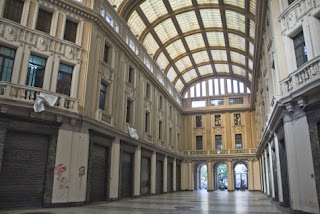 Messina in Sicily has witnessed over 3,000 years of history, and was one of Italy's boom towns in the 16th and 17th centuries, but you can't find much evidence of that in the modern city. That's because the city has suffered one of the most unlucky 20th centuries imaginable – in 1908 it was almost totally destroyed in a huge earthquake that killed 80,000 of its then 120,000 population. The re-building work was nearing completion when the Second World War broke out, and Messina's strategic position overlooking the Straits of Messina, meant that it was heavily bombed by the allies – in fact it was the most comprehensively bombed city in Italy.

The result of all this, is that 21st century Messina isn't exactly what you'd call a beautiful place (in spite of its attractive setting) – most of the city is modern and traffic-filled, while its suburbs are lined with uniform concrete apartment blocks. Much of the traffic comes straight off the ferries constantly shuttling across the Straits, and is held up in congestion long enough to create lots of noise and grime, before heading off to Sicily's more fabled attractions.

Most cruise ship passengers follow suit and head off to the gorgeous little town of Taormina, or to the awesome volcano Mount Etna; but our mission was to discover the best of Messina. We first headed to its most historic site – the impressive Gothic-Romanesque Duomo, which was built by the Normans in the 12th century. This was pretty much destroyed in both the 1908 earthquake and World War Two, but unlike the rest of the city, it has since been faithfully reconstructed. Its size, ornamentation and sense of history, gave us a glimpse into what Messina would have been like if it hadn't suffered those 20th century disasters.

As we explored, the constant hooting of the traffic contributed to the sense of chaos - cars parked everywhere (on pavements, or double and triple parked), rubbish bins overflowing, plenty of graffiti, and one of the more comprehensive coverings of dog mess on those pavements you could actually walk on. All this meant that it was easy to overlook the fact that there were actually some nice bits of belle epoch architecture surviving from the early 20th century re-build. Plus, what all this traffic and modernity couldn't mask was one of Messina's main assets - the warmth and liveliness of the city's irrepressible people. So, to sample some of this, we stationed ourselves in a busy pavement cafe, ordered some cannoli, and watched some of the vibrant local life – a priest counselling his parishioners, trendy young things gossiping away, smart pensioners in their suits chewing the fat noisily.

Then it was time to embark on today's main mission – to trek to the edge of town to visit the wonderful Museo Regionale, home to two masterpieces by Caravaggio. So much artwork was lost from Messina's sumptuous array of historic churches in the earthquake that it must have been a national tragedy for Italy's art world; but, a lot of what was salvaged from the ruins has been gathered in this quiet little museum. For us, the main draw was the chance to see the two Caravaggios (The Raising of Lazarus and The Adoration of The Shepherds) – in any other art museum around the world, you'd be jostling for space in front of a work by one of the Renaissance's greatest masters; here, we were the only people in the museum. How ridiculous to put one of Messina's greatest assets right on the edge of town.

The Caravaggios themselves were suitably dramatic and dark – the mercurial artist was on the run from a murder charge in Rome, and then on the run from a further misdemeanour in his previous stop in Malta, so the darkness in the paintings may have been a reflection of his dark mood at the time. The interplay of light and shade on the paintings really drew you in, and the good thing about being the only people there was that we could pore over the paintings from close up and from distance to get their full impact.

Seeing just one Caravaggio is reason enough to visit any city in the world, so to see two was marvellous. So, having satiated our artistic curiosity, it was time to satiate our growing appetite and gorge on some lovely Sicilian seafood in a local restaurant, before heading back to the ship.