November 29th – Reaching The End of The Road at Cooktown

On the face of it, the tiny settlement of Cooktown in the far north of Queensland doesn't have much going for it:

1. The population is only about 2,300 people, so it's not exactly the most cosmopolitan place in the world.

2. The climate is oppressively hot and humid.

3. And, it's quite literally the end of the road in Queensland (OK, the road does continue on to the top of Cape York, but it's not sealed and is frequently washed away in the Wet).

However, there's a number of reasons why this is actually a very pleasant cruise stop:

1. The People here are incredibly friendly – they don't tend to see many tourists, so they go out of their way to be welcoming.

2. There's a history here that's out of all proportion for such a small place. As the name suggests, this is the first place that Captain Cook spent any significant time ashore in Australia, after he damaged his ship, the Endeavour, on the reef.

3. There a surprising amount of things to see here – mainly the James Cook Museum, and the Botanic Gardens.

So, we had a very hot afternoon walking around the mean streets of Cooktown – it's basically just one main street with a couple of pubs and a few shops (and hardly any traffic). The population here seem to be a mixture of retirees (the bowling green was very popular), people propping the bar, a few rough-and-ready types with long hill-billy beards and bare feet, and plenty of aboriginal people (who seem very well adjusted – we saw none of the hopelessness amongst them that you can see in the larger cities).

In a place that likes to major on its Cook connections, of course we had to visit the excellent James Cook Museum, and then we trooped over to the Botanic Gardens, passing a shy kangaroo on the way, who hopped off when we got too close. In these lush gardens, we couldn't see much of the birdlife, but we could certainly hear them – the trees were alive with the calls of unseen tropical birds.

Later, we joined a couple of the ship's tours – so, while Tracy went crocodile-spotting on the Endeavour River, I travelled about 25 kms south of town to visit the mysterious Black Mountains. Here, a combination of ancient volcanic activity, and millions of years of erosion have revealed a weird landscape of piles of granite rocks (turned black with lichen) heaped together to form one of the oddest looking mountains I've ever seen. It was like a gigantic game of jenga had been left behind by the gods, or a super-size pile of charcoal bricks were waiting to be lit for the world's largest barbeque.

With the heat mounting, there was only one thing to do – have an ice-cold pint of lager to cool down. And, where better to go than the atmospheric Lion's Den pub, a typical rough-and-ready upcountry boozer where you'd expect Crocodile Dundee to walk in at any point. The pub has been going since the 1880s, and it doesn't look like it's been decorated since, with graffiti written all over its walls. Considering that we were in the middle of nowhere, it seemed a little strange to find that the bar lady was a German; but, this area has been attracting people from all over the world for over a century now. Back in the 1880s, two-thirds of Cooktown's population were Chinese, attracted by a short-lived Gold Rush.

Cooktown's an interesting little place that's surprisingly charming for somewhere that's literally at the end of the road. This could have been a one-horse town, but there's a lot more to Cooktown than meets the eye. 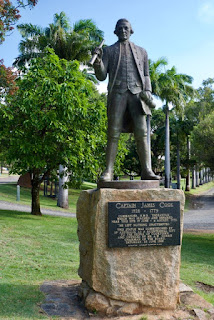 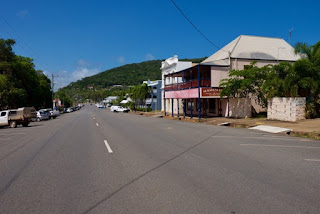 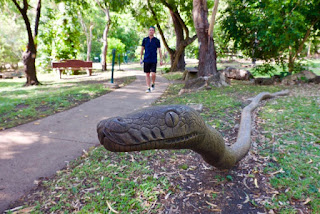 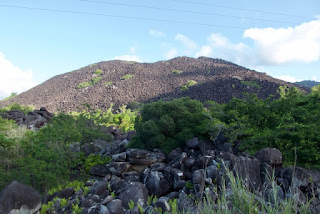 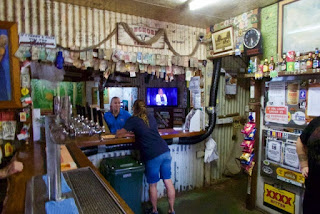 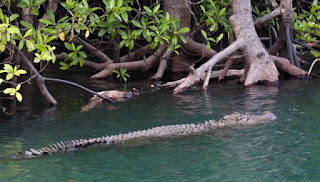 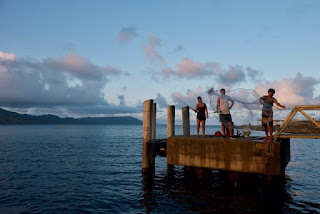