I'm not sure that many people are willing to travel for 4 hours on a bumpy coach just to have lunch, but the focus of our day here in Vietnam's vibrant capital was to get a good feed of some delicious Vietnamese cuisine. Mission accomplished!

Rather than facing the long journey into Hanoi, the temptation had been just to catch up on our sleep, laze around on the ship, and pay a visit to the uninspiring Halong City, but finally we woke up to the fact that there's no point coming all this way if we weren't going to make the most of it. Hanoi is a city that's simultaneously changing fast, while hanging on to its unique historic character, so any chance to visit should not be avoided.

2 years ago, last time I was here, my guide had promised me that a new road was being built in the next year that would cut journey times down to two hours. And, as we plodded along at 50 km/h, having to make suicidal overtaking manoeuvres past slow-moving trucks, I heard my guide making the same promise. I pushed him on when it would be finished – "maybe 2018….2019 probably……possibly 2020. Time is elastic in Vietnam". So, there you have it – there may be a fast road to Hanoi in the next century, but for the time being, count on a 3.5-4 hour journey to get there.

But, with Hanoi, it's not the journey that counts, it's the arriving. It's a place that can seem ancient and modern at the same time, as you walk around its teeming Old Quarter, there's still a sense of the medieval about it – the maze of narrow streets packed with people industriously making things, cooking things, and most of all selling things.

Napoleon famously remarked that Britain was a nation of shopkeepers – what he'd make of Hanoi's population I don't know. Here, it seems that every building (no matter how small) that you pass is selling something – with so many shops side-by-side, often selling exactly the same things, you wonder how people can make a living here.

And, the wonderful thing about Hanoi, is that all the action spills onto the street. The pavement isn't for pedestrians, it's for street food vendors to cook on, and their customers to eat alfresco at their low stalls. It's for the shop's displays to overflow into a jumble of fake shoes and polyester clothing. It's for metalworkers to hammer out their ironwork. It's for motorbike to park. It's not for pedestrians.

Instead, we walk on the roads, dodging the cyclos, the thousands of motorbikes, and the increasing numbers of cars that are creeping into a crowded urban environment that wasn't built to accommodate them. Fortunately, we were visiting on a Sunday, so a few of the roads around the Hoan Kiem Lake had been pedestrianised for the day, which meant that the centre of town was full of promenading families, plus loads of exuberant students posing in their glamorous ao dais after their graduation ceremonies.

In spite of all this action, we couldn't be diverted from our mission – to get a good lunch, so we headed to a place called "Red Bean", that was number 2 on TripAdvisor. It was quite upscale without being expensive, and after the chaotic streets outside, it made for a calm and soothing retreat. Best of all, the food was great.

After lunch, we walked around the French Quarter, with its large colonial houses turned into embassies and new hotels and malls springing up (plus a Rolls Royce dealership too!), this was where the nouveau riche of Hanoi came to spend their money. The atmosphere couldn't have felt much more different to the frenzied activity of the working class Old Quarter. It was confirmation that there's two sides to Vietnam these days – the traditional, industrious world of the ordinary people; and the more westernised, consumerist ambitions of the growing middle classes. The trick for the Communist government, will be to make sure that they can keep both sides happy.

But, the problem with spending 8 hours in a coach to get to and from somewhere, is that it only leaves you 4 hours to actually see it. So, all too quickly, it was time to head back.

People always ask me, is it worth the pain of the trip to get to Hanoi? Yes, it most certainly is. 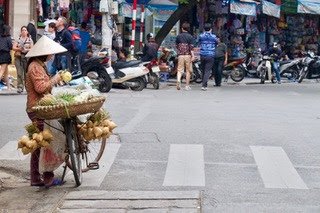 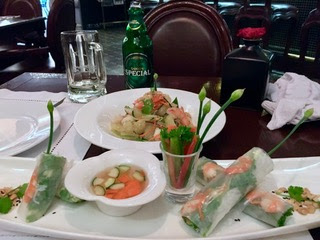 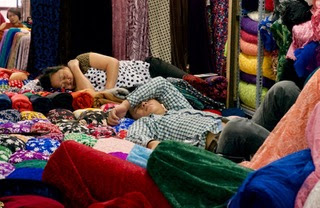 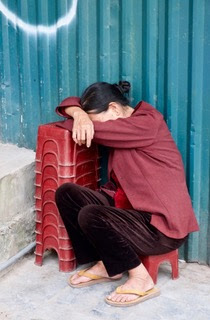 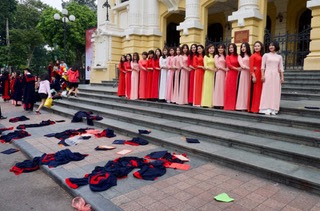 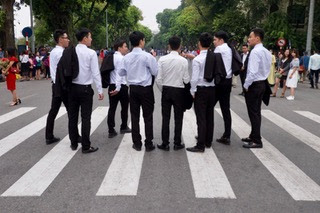 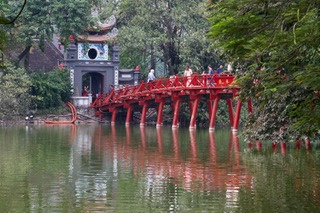 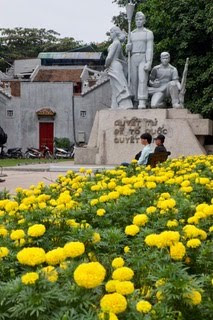