For 100 years, being sent to the dreaded Devil’s Island Penal Colony was considered a fate worse than death for French prisoners right up until 1947, and for cruise passengers these days it’s usually one of the more challenging destinations you can visit. That’s because these tiny islands off the coast of French Guiana are located just above the Equator and are usually phenomenally hot and humid. In fact, I can safely say that from previous experiences, it’s about the hottest place I’ve ever been.

However, today it was actually pretty cool by Devil’s Island standards – “just” about 30 degrees centigrade, which is like a cold winter’s day here. The constant gusting winds might have caused the tender ride to be a bit bumpy, but they almost made it a pleasant experience to explore the tropical little island of Ile Royale (the old administrative base of the Penal Colony).

Of course, all things are relative, so it was still pretty sweaty as we made our way around the rough paths that encircle the island. Actually, even those paths have been smoothed out in the last couple of years – is Devil’s Island going soft?

But, as we got steadily hotter, as the warm winds grew stronger, and as we passed the dilapidated old prison buildings that were being swallowed up by the vegetation and crumbling away under the climactic conditions, then we were beginning to get a bit of an insight into what a hell hole this island must have been for Papillon and his friends. The decaying cemeteries, where the 100-year-old inscriptions were almost totally worn away on the broken gravestones were another telling sign of the deadly effects of any time spent here.

If you don’t want to dwell on the death and depravity that the island has witnessed, then there’s always some interesting wildlife to see here – playful monkeys and skittish agoutis (marmot-like rodents) jumping out of the undergrowth, that gives the island a sense of going back to nature. In fact, it’s probably appropriate that nature is dulling the imprint of humankind here – gradually blotting out the reminders of callousness, cruelty and corruption of the Penal Colony.

Normally visiting Devil’s Island is hard labour – today was as close to enjoyable as this inhospitable place can be. 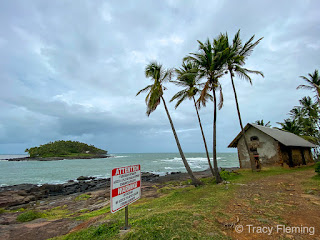 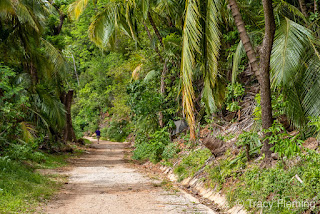 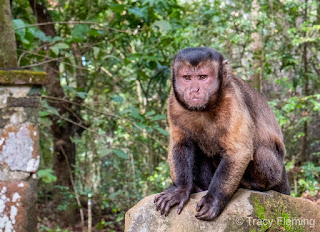 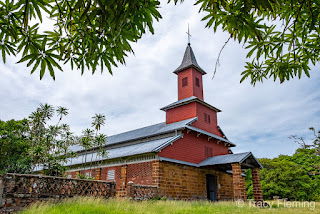 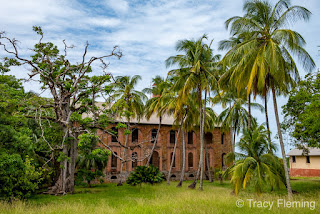 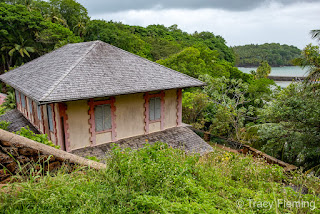