As you walk down the atmospheric cobblestone streets of Salvador, the colourful buildings echo with distant drum music. In fact, this historic city resonates with so many distant echoes from Africa – in its people, in its food, and particularly in its music.

This is all a result of Salvador’s role as the destination port for many hundreds of thousands (possibly millions) of slaves transported from West Africa to work on the sugar plantations that were to make the city one of the richest in the New World. And, with at least 70% of the city’s population today of African origin, this is the largest black majority city in the world outside of Africa.

But, on the face of it, Salvador’s historic centre has a very European feel to it. Much of the architecture, and particularly the many churches look like they’ve been lifted straight out of Lisbon. However, when you look closely, there’s often an African twist – not surprising when you think that most of the workmen, the craftsmen and even some of the architects were African slaves or freedmen. You see this in the bright colours of the buildings, in some of the decorations on their facades, and even in the subtly Africanised features of some of cherubs and statues in the churches.

We spent a morning exploring this mixture of influences on a fascinating walking tour of the city – a city that was almost overwhelmed with tourist crowds that had flooded off a huge MSC mega-cruise ship. Every time they come into a port it must be a logistical nightmare.

However, our afternoon really was special. We managed to avoid the crowds by joining an exclusive World Cruise Collection Tour to see a private performance of “Bale Folclorico” by an incredibly talented (and supremely fit) bunch of local dancers. From the first drum beat we were instantly transported to Africa, as the rhythms, dances and singing seemed (to my untutored ears) to be wholly African. It’s amazing to think that the ancestors of these people would have been snatched from Africa centuries ago, then they had western religion and musical traditions imposed upon them, yet still the sounds of Africa remained so strong.

We saw how the exotic Candomble religion had formed out of a synthesis of the traditional gods of the Yoruba people of West Africa, with the Catholic saints of their slave owners. This cross-continental fusion has formed something uniquely Brazilian, and it was performed with incredible verve by the young dancers.

As we saw these different performances, you could see how it was an almost seamless progression from African drum beats and dance into the uniquely vibrant Brazilian Samba – it felt like a lesson in the development of Brazilian culture. The show was rounded off with my favourite Afro-Brazilian dance – Capoeira. Not that you can compartmentalise Capoeira as just a dance; it’s also a martial art, acrobatics show and keep-fit routine (and these guys were supremely fit, not an ounce of spare flesh on them).

Capoeira is a non-contact sport, but the margins between “contact” and “non“ were tiny – with their athletic kicks and flicks, it seemed like they would kick the head off their opponent, missing them by millimetres. Incredible precision, superb athleticism, and amazing choreography. The show went by in a blur, leaving us breathless at the end of it – how the performers kept the energy levels going is beyond me.

After the possibly underwhelming ports of Fortaleza and rainy Natal, Salvador was bright, colourful, energetic and vibrant. What a wonderful day! 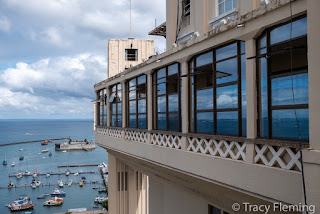 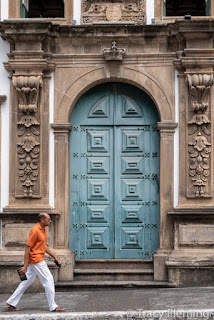 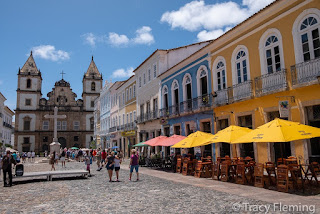 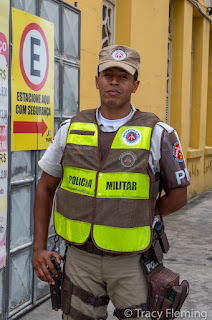 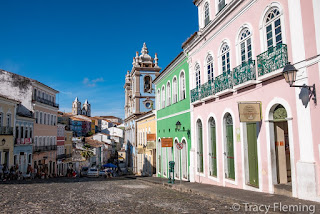 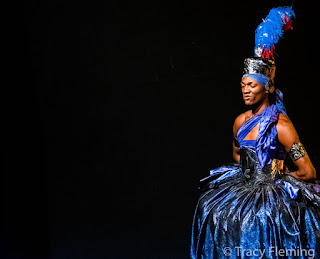 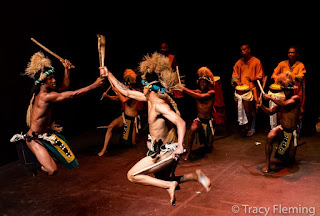 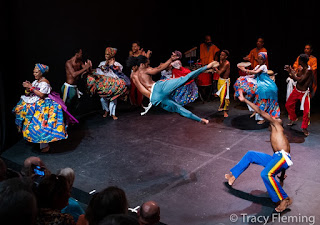