When it’s 100F again, it is essential that you keep hydrated. So, fortunately I was joining a tour (on Silversea’s new SALT Programme – Sea and Land Taste), to one of Cyprus’s best wineries to do some sampling of the island’s under-rated wine scene with local expert Florentia Kythreotou.
As we headed up into the hills, it seemed like these parched landscapes would never be able to sustain a wine industry; but, once we’d climbed up to about 800m above sea level, we started to see terraces of green vines. The winery itself – the Oenou Yi Winery in Omodos – was stunning – its white limestone building looking sleek and modern, with amazing views over the valley below.
It was immediately obvious that no expense had been spared on this place – the building was cool and stylish, and the winery equipment all brand-new and state-of-the-art – an investment that showed the owner’s ambition to put Cyprus’s unheralded wine scene on the map. We were greeted by our unbelievably enthusiastic host, Mikhail, who made sure that we had a full wine glass in our hands within seconds of us entering the building. Who cares if it wasn’t even 10am?
Cyprus has been growing vines for hundreds of years; in fact, it was one of the few places in Europe to escape the phylloxera vine pandemic that pretty much wiped out the rest of the continent’s vineyards in the late 19th century. But, until the 1990s, the emphasis had been on quantity not quality, and little importance had been placed on accentuating the unique qualities of the local vines – endemic vines which are able to cope with the island’s extreme heat.
It was fascinating to chat to the vineyard’s young, female wine maker who explained that producing wine is part science, part art – you have to trust the climate, soil and grapes to produce something special, but you use every available piece of science to give it the best chance. From our tastings, they seem to have got that combination spot on.
For me, the rosé and the white were the best – delicate but packing a punch; while the dark red would have been great with a hearty, meaty meal. Every element of this winery showed their enthusiasm to continually improve, and their passion for their business. In fact, it felt like more than a business – it felt like visiting a family proud of its offspring.
By 12pm, we had tasted 5 delicious wines and 1 stupefying zivania, and we were now feeling a little giddy, so it was time to head down into Omodos Village to get some food into our stomachs to soak up all that wine. On the way, we had a demonstration of how they make a local dessert speciality called “Palouze”, a rather gelatinous and sugary mixture that didn’t seem to suit everyone’s tastes. However, the lunch itself was great – loads of different mezze that just kept on coming. It didn’t come as a surprise that it was a pretty quiet coach ride back, as everyone slept off the over-indulgence.
This was a really excellent tour that has made me look at Cypriot wine in a different way – not much gets exported, but it’s worth looking out for. 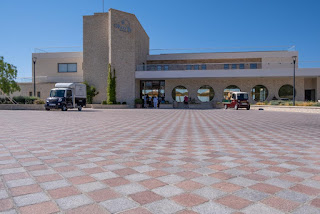 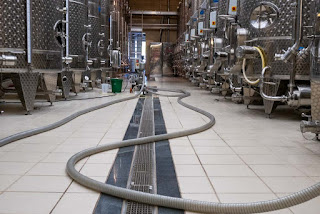 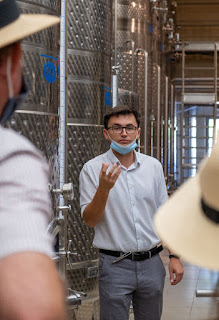 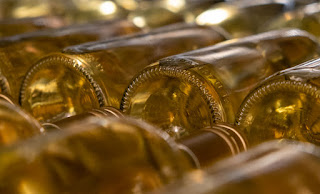 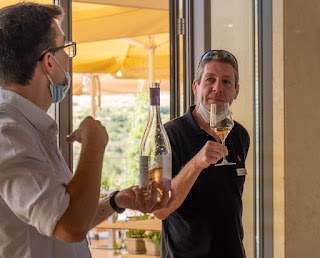 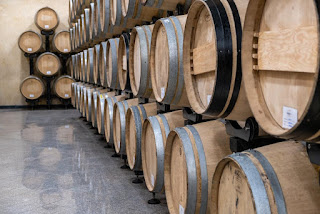 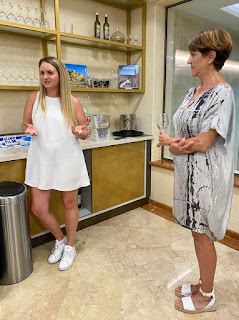 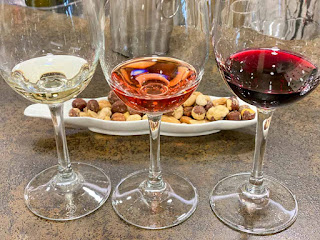 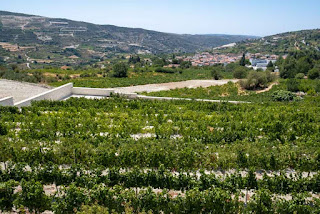 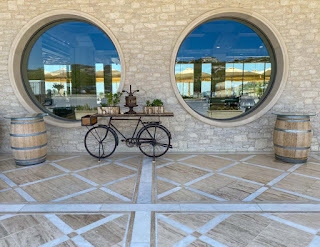 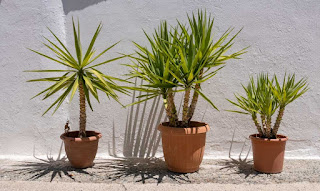 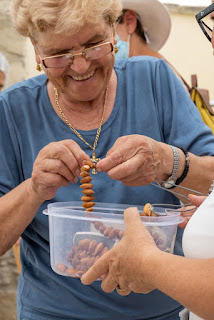