It was too hot for us to pay a visit to the amazing Palace of Knossos just outside Heraklion (in fact, the site has been shut for a couple of days because of the extreme heat that’s currently roasting Greece), so today we did the next best thing and visited Heraklion’s wonderful Archaeological Museum, which did a great job of filling in the gaps behind the mysterious Minoan civilisation (in the air-conditioned cool too).

As we walked around the exhibits of delicate jewellery, exquisite statues and detailed frescoes from the Minoan era, you constantly had to remind yourself that what we were looking at was at least 3,500 years old. While most of the rest of Europe was living in the stone age (Stonehenge was probably built a couple of hundred years before the Palace of Knossos), here was the first flourishing of western art in Europe’s first ever urban culture.

As we perused the exhibits, we saw echoes of so many designs that were to follow thousands of years later – Picasso’s pottery, Matisse’s cut-outs, Cartier’s jewellery – it all went to show that there’s not much that’s new in the art world, just clever recycling and re-imagining.

It was fascinating to see that once the Minoan Golden Age had disintegrated (around 1450 BC – from a combination of in-fighting and the effects of the massive eruption at Santorini, the biggest explosion in recorded history), how far backwards the culture went. Unless you have a prosperous and well-organised society, you just don’t have the luxury of time to decorate your pots, or develop artwork.

In fact, as we progressed through the museum, it was obvious that western civilisation had gone into a severe decline for about the next 900 years – it was like we were going backwards through time. Then, of course, the classical period of Ancient Greece started, and the world (and the arts) started going forwards again. This is definitely in the Top 5 Museums in Greece.

The rest of our day was spent enjoying the pleasant atmosphere of modern Heraklion, a town that has a busy buzz, but one that hasn’t given itself over to the tourist trade. To me, this is the most pleasant urban environment in Greece – vibrant streets, good shopping, historic buildings, great restaurants, and….. a wonderful museum. 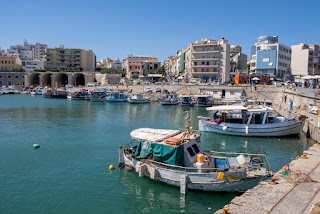 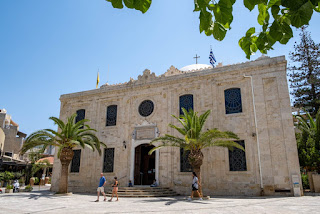 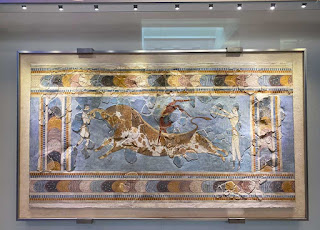 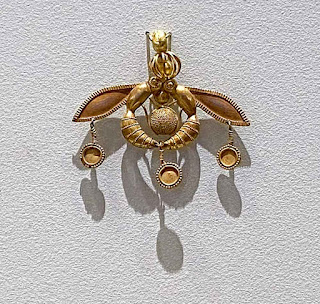 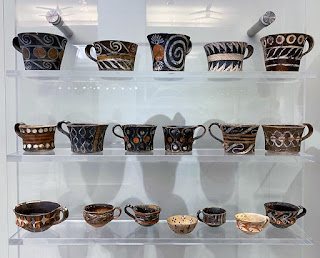 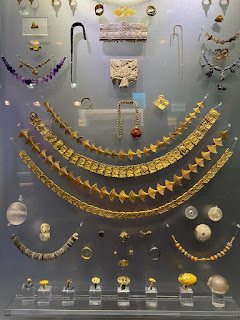 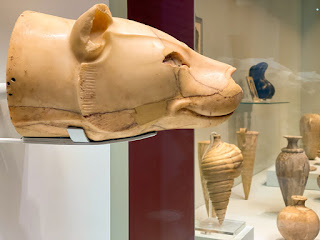 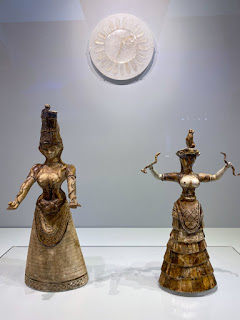 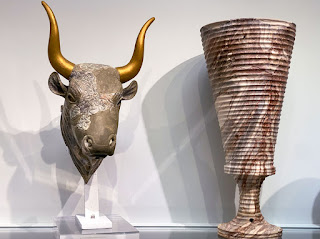 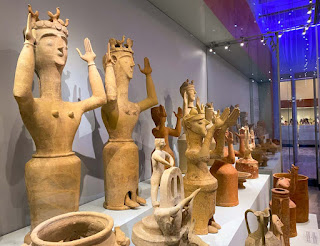 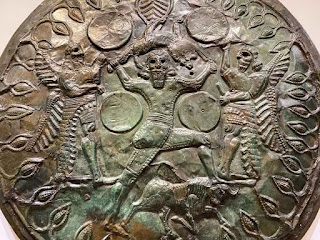