August 6th – Blessed Are The Cheesemakers in Mykonos

Mykonos is famous for its gorgeous beaches, its hedonistic clubs, and its upmarket restaurants, but today we were finding out about another less famous side of this pleasure island – its cheese. Because, as we found out today, there’s a long tradition of cheesemaking on the island, that its Jet-Set visitors probably know nothing about.

We joined another SALT tour (thanks Leandro!) that paid a visit to “Myknonos Farmers” a small-scale enterprise that’s trying to re-introduce traditional island methods into their cheesemaking. The enthusiastic owner Giorgios Syrianos explained that he wanted to replicate what his Grandmother and Mother had done before him, using the best locally-grown produce without any chemicals or additives. He made it sound delightfully simple, and he showed us that simple really is best when it comes to producing tasty and distinctive cheese.

He told us that he wouldn’t produce feta – “you can find that anywhere in Greece, I want something truly local”, so he showed us how he made a ricotta-like cheese, a hard and crumbly one, a gruyere-like one, a boiled cheese, and a distinctively tangy fermented one. Unfortunately I can’t spell or pronounce any of them, so just take my word for it that each one was lovely in its own way.

We thought we were just going for a tasting, but it turned into a full-blown meal, as he rustled up some handmade cheesy-onion ravioli, some hearty pastitsio (the Greek version of lasagne made with long pasta), and a crunchy pastry dessert. All wonderful.

It feels like we’ve been eating non-stop for the last month, so it was appropriate that our final day in the Greek Islands was a day of glorious gluttony. Blessed indeed are the Cheesemakers. 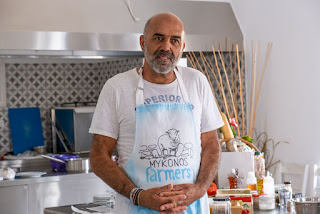 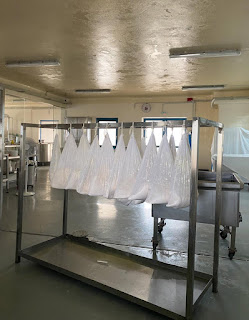 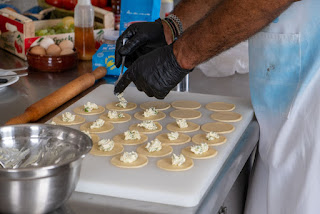 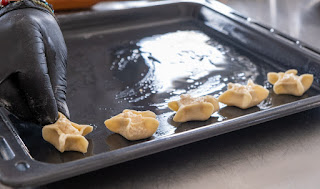 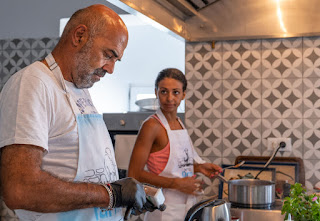 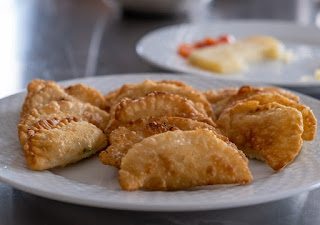 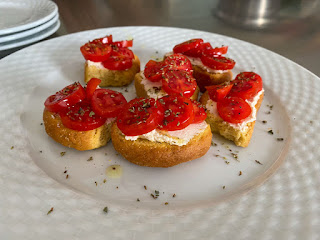 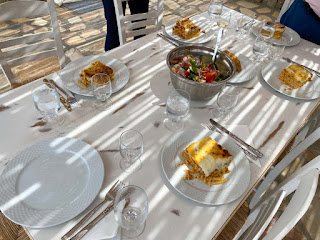