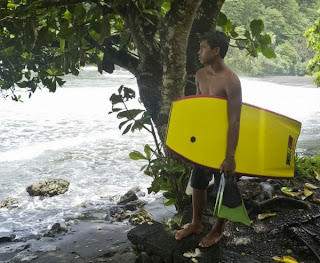 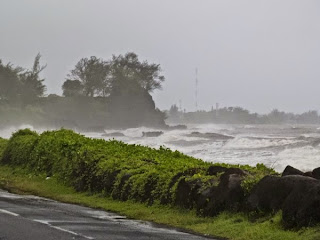 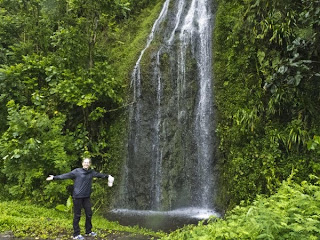 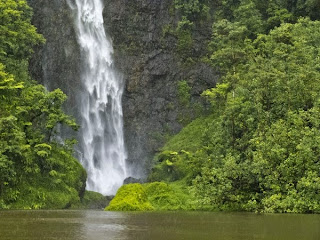 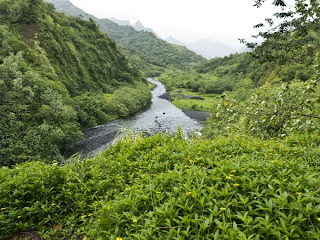 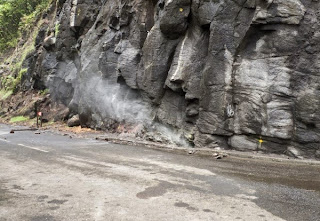 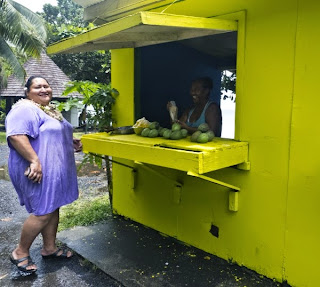 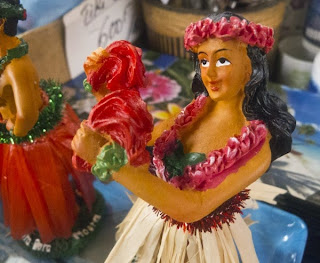 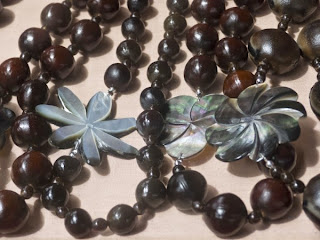 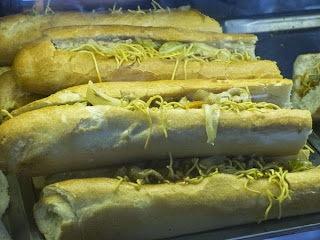 When you visit French Polynesia in rainy season, you're bound to get at least one day of rain – and today was it. We woke to fairly constant rain and to see that the mountains behind Papeete were covered in thick cloud. That was a bit of a shame, because today we were joining a 4x4 tour that was taking us up right into those thick clouds.

We were heading into the thickly vegetated Papenoo Valley to see its mountainous scenery and its many waterfalls (the name means Valley of 1,000 Waterfalls) – so, while the heavy rain was bad for observing the scenery, it was obviously good for powering the waterfalls. As we peered through the rain-sodden sides of our jeep, the lush scenery and plunging waterfalls looked pretty amazing, but we kept on having to imagine just how good it all would have looked with clear skies (or at least without it feeling that someone had poured a bucket of water over you every time you stepped outside).

Unsurprisingly, no-one fancied swimming in the teeming river, nor was anyone particularly keen to step out of the cover of the jeep too much at all, so we cut short the mountain bit and headed for the coast to see if the weather was any better there – it wasn't much. But, we did get to see the famous Arahoho Blowholes, and pay a quick visit to a soaking wet Point Venue to see its lighthouse.

As we drove, our guide was telling us about the current political situation in French Polynesia. He felt that the territory's semi-autonomous status was doing it no favours, and that it should become a French Department (like Reunion, Mayotte and Martinique). He said that investors were holding off putting money into the territory because there was a danger that it might eventually become independent; while, the politicians within the semi-autonomous government had far too much leeway, and corruption had set in. It will be interesting to see where the future lies for French Polynesia.

Thankfully, it was time to get back to the ship to dry off and eat, before heading into Papeete to see what was happening. Papeete is hardly the most picturesque place in the Pacific – concrete buildings and traffic rather than beaches and palm trees; and, unfortunately, the rain had set in for the day, so it wasn't looking at its best. Plus, it's pretty dead on a Saturday afternoon, so after an unsuccessful attempt to find wifi and a brief look around the somnolent market, we gave in to the weather a returned back to the ship. Any thoughts of grabbing a snack in the market were swiftly scotched when we saw a snack bar serving up baguettes filled with either burger, chips and gravy, or with chinese chicken noodles. Fusion food is normally great, but this mixture of French and Chinese cuisines was not a winner!

Fortunately, our spirits were revived with a wonderful local show of Tahitian song and dance – the men did their knock-kneed dancing with enormous energy, while the hip-swaying and bottom-gyrating of the women was hypnotic. The weather may not have been on our side, but we saw enough of Tahiti and its people to know that this is a great place to visit.