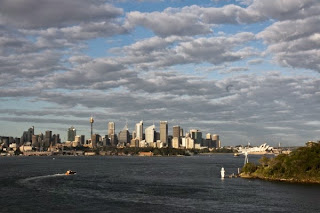 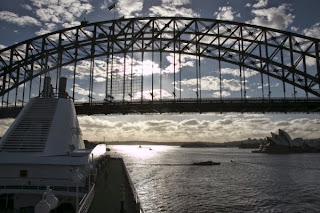 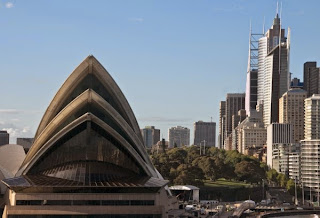 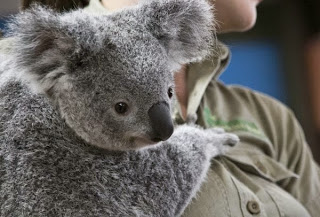 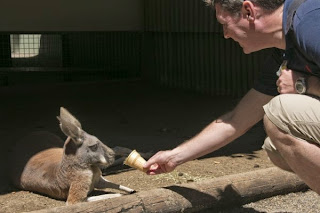 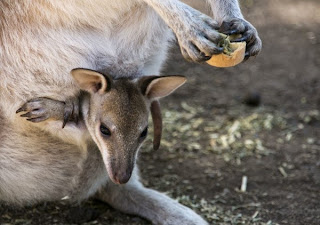 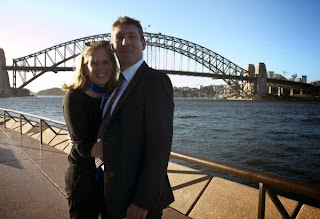 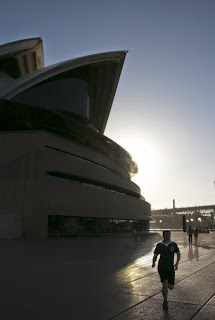 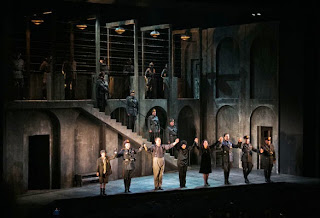 If you say the word "Australia" to someone and get them to think of an image – then most people would think of a Koala or Kangaroo, or maybe they'd think of Sydney Opera House, the Harbour Bridge, or a Beach. Today, we ticked off all of those iconic Australian things, apart from a beach.

Our introduction to Sydney was as spectacular as ever, sailing into its sparkling harbour, past multi-million dollar bayfront homes, before the amazing Opera House came into view, backed by the huge Harbour Bridge. We were lucky with the weather – apparently it had been raining continually for the past three days, but today it was blue skies and none of the humidity that can stifle Sydney in the summer.

Sadly, we had to sail past the cruise berth at Circular Quay (which was taken by an enormous Carnival behemoth that was too tall to sail under the Bridge), and we carried on to the overflow cruise terminal at the less-than-glamorous White Bay. All wasn't lost, because Silversea were providing Shuttle Buses to take everyone into Circular Quay (about a 30-minute drive through the solid Sydney traffic).

This morning, we went on a tour to the Featherdale Wildlife Park, on the outskirts of Sydney, beyond Parramatta, to encounter some of Australia's unique wildlife. Our first encounter was with a super-cute koala who was brought round to us by a handler, and as we stroked him, he even stirred himself to move occasionally, just to prove that he wasn't a soft toy. In fact, he was pretty animated compared to most of his utterly somnolent compatriots who were mostly curled up into drugged-up furry balls wedged into the branches of the eucalyptus trees there.

The kangaroos and wallabies that we met next were a bit more lively, greedily snatching the ice cream cones of kangaroo-food out of my hand and tucking in while they allowed us to stroke them. In fact, one of them even managed to out-cute the koalas, when a little joey stuck his head out of his mother's pouch to cheekily say hello. It was great fun being so close to these weird and wonderful-looking creatures, as well as seeing lazy dingos, slithering snakes, waddling echidnas, and a huge crocodile amongst many others.

If we were on a high at this point, the day was only to get better. Because, we were joining the ship's World Cruise Experience to the Opera House to see a performance of Tosca. This being Silversea, you don't just go to the opera – instead, you get picked up straight from the ship by a catamaran, do a cruise round the beautiful harbour, then have drinks and a gourmet meal right in front of the Opera House being entertained by a group of talented Aborigine singers and dancers. It was an amazing experience.