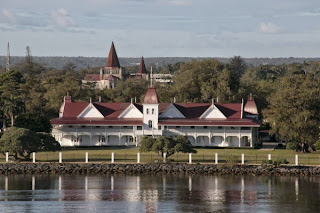 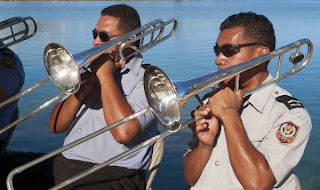 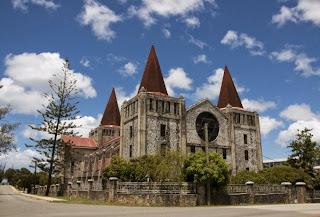 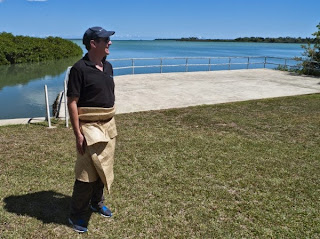 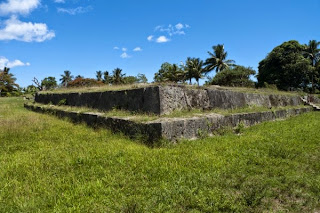 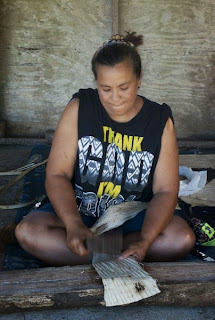 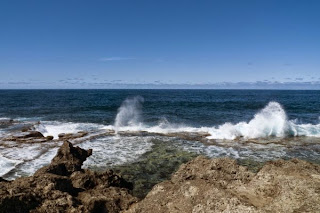 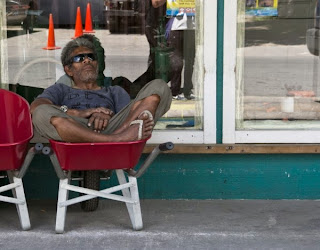 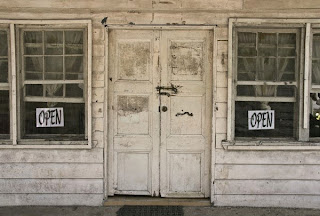 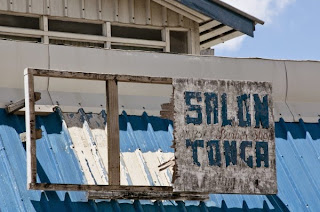 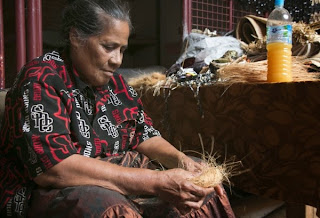 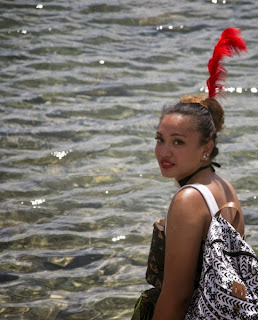 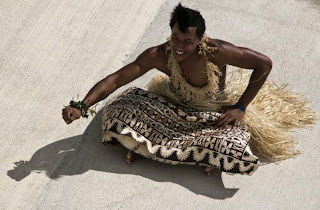 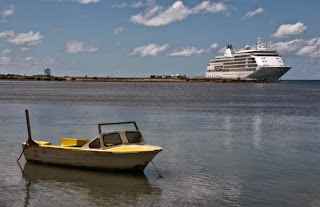 Tonga revels in the nickname, "The Friendly Isles", and today confirmed why. As we sailed towards low-lying Nuku'alofa with the Royal Palace dominating the waterfront, we were greeted by a couple of guys thumping away on a huge set of drums on the pier, and a girl blowing on a conch shell – it felt like the kind of welcome Captain Cook would have got when he became one of the first Europeans to sail in here a couple of hundred years ago. Then, as we docked, the Police brass band played a number of jaunty tunes for us. Plus, with people in traditional costumes greeting us with "Welcome to Tonga" and huge smiles every few yards as we walked down the pier, the welcome couldn't have been much warmer.

The weather couldn't have been much warmer either, but it was a vast improvement over last year when we all got absolutely drenched in a day of vicious wind and rain. In fact, I did exactly the same tour as last year – but what a difference some fine weather makes. Because, today we got to see how attractive this island is – even if it doesn't have spectacular mountains or rainforest, it's obviously incredibly fertile, with fields of crops and coconut plantations everywhere.

The main natural sight on the island, are the blowholes at Houma, which would have required worse weather to see them at their best; but even on a day of calm seas and minimal wind, their display was pretty impressive. While we were there, one enterprising lady had gathered about 10 schoolkids together to get them to sing for us – the fact that they were fairly out of tune, and that the songs were about as un-Tongan as possible ("Twinkle Twinkle Little Star", and an incongruous "We Wish You a Merry Christmas") couldn't take away from their gap-toothed cuteness, and they made a few dollars for their trouble.

As we toured the island, we visited a couple of stone age sites that were impressive, even if no-one knows what their actual purpose was or how they were built – one that looked like Stonehenge consisted of 40-ton blocks of coral stone slotted together, while the other was a set of pyramidal burial mounds again made from huge blocks of stone. Apart from Easter Island, there aren't many places in Polynesia that can rival these ancient sites.

As we toured, our excellent guide told us all about the island and what it's like to live here. He didn't think that things had necessarily got any better since democracy had finally come to the country in 2010, but at least they only had themselves to blame if the government wasn't very good. He was particularly worried by the amount that the Chinese had taken over – a large proportion of the shops and businesses now have Chinese owners. However, he had to admit that the industrious Chinese tended to work harder and stay open longer than the laid-back islanders – a people perhaps used to accepting the bounty that their fertile island provides without having to work too hard for it.

At the end of the tour, Tracy and I explored Nuku'alofa, which is a relaxed, endearingly ramshackle city with an eclectic mix of architecture. There were few of the old wooden colonial buildings that have survived the years (or survived the riots in 2006, which saw 80% of the city centre burned down), but those that did were generally dilapidated, there were a few gleaming modern buildings (funded by Chinese money) that didn't have much character, and still a few gaps on the street waiting for the re-building work to come to them.

The most interesting site in town is probably the market – again, thoroughly laid-back, totally friendly, and a good showpiece for the island's agricultural produce and for some of its traditional crafts.

Tonga seems to be trying really hard to improve its lot and trying to give its visitors a good impression – I hope that this wonderfully welcoming country's hard working tourist industry can really begin to grow.