Cairns in northern Queensland is a wonderful place for visiting the underwater delights of the Great Barrier Reef; but for me, the great thing about the city is that it's the easiest place in Australia to get to from Papua New Guinea, where my uncle lives – just an hour and a half's flight away from Port Moresby.

So, as a nice surprise, my Uncle Peter flew in to see us and take us around some parts of the Wet Tropics that we hadn't seen before. So, we headed south of Cairns and into the forest, passing through some beautiful rolling green pastureland – if it hadn't been for the incredibly hot and humid conditions, this verdant countryside could have been mistaken for Ireland.

We passed along a series of incredibly winding roads that took us up and over the hills into the rainforest, before we ended up at the Mount Hypipamee Crater. Actually this geological oddity is known locally as "The Crater", which before my visit I thought sounded a little conceited. However, once I'd visited this gigantic hole in the ground I could see why it claimed to be the definitive crater.

It was created by volcanic activity thousands of years ago, but rather than being created by lava, it was smashed out of the solid granite by a massive explosion of super-heated gas whose blast left just this almost perfectly round hole in the ground. Looking at the sheer drop 50 metres directly down into its water-filled base (the water at the bottom is 80 metres deep), it had an other-worldly kind of look to it. I've never seen anything like it. You half expected King Kong to swing out of the trees and have a fight with a giant water monster.

Then, we drove on to the famous (even if I'd never heard of them before) Millaa Millaa waterfalls – a beautiful natural water feature that claims to be the most-photographed waterfalls in Australia. It looks so impossibly perfect that if you saw it in a film, you'd swear that it had been CGI'd. Of course, the three of us added a few more photographs to its "most-photographed" statistics. 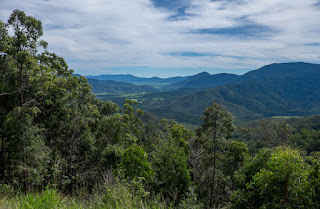 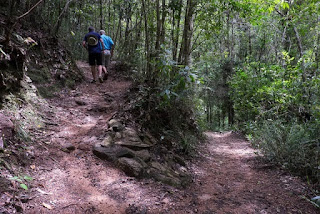 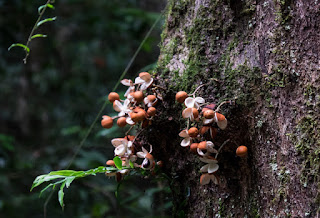 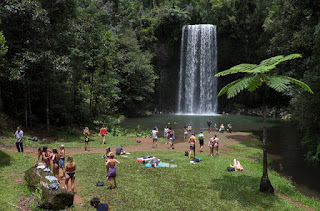 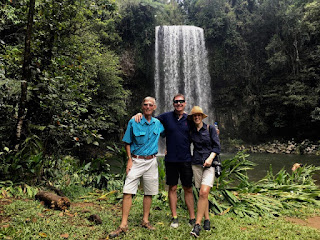