From spending any time in the mostly modern chaotic urban jungle of Surabaya (Indonesia's second largest city), you'd be forgiven for thinking that there's not much history to discover in this area. However, a few miles outside of the city, you can discover the relics of one of Indonesia's greatest empires – the Hindu Majapahit Empire.

Actually, the modern entity of Indonesia as a country is often written off as a "post-colonial construct" – a conglomeration of islands that have little in common (either historically or culturally), other than having been conquered by the Dutch at some point of the last couple of hundred years. But, it's interesting to note that back in the 13th and 14th centuries, the Hindu Majapahit Empire, based here in eastern Java, came to dominate much of the Indonesian archipelago. Sadly for them, the spread of Islam in the 15th century saw the end of their civilisation and saw much of their heritage crumble away.

So, our mission today was to discover what was left of the Majapahit Kingdom, at their old capital, Trowulan. On the way out there, we saw much of what makes modern Surabaya tick – lots of traffic, the colourful domes of an unfeasibly large number of mosques, and the smoking chimneys of so many factories on the city's outskirts. Then, outside of the city limits, we saw the rural soul of Java begin to emerge, in a countryside of rice paddies and sprawling villages.

At last we got to Trowulan, and visited the museum – a rather dry affair. There were lots of dusty statues of the Hindu deities on display there, but the chief interest was interacting with the school parties where the enthusiastic children were absolutely desperate to be photographed with a westerner. They were so friendly and collapsed into howls of giggles whenever we high-fived them – I felt like a film star pandering to my adoring public.

The highlights of our trip were a very photogenic gateway a long gone temple, and a large brick bathing pool used by the royal family for their ritual ablutions. There's only this small amount of heritage left for a number of reasons – firstly, only the very most important buildings would have constructed out of the Majapahits' trademark red brick; secondly, the brick tends to crumble over time; and thirdly, with Hinduism replaced by Islam, many of the building materials were taken away by the locals for use in their own houses.

However, even if it's just a feint trace that's been left of this once-powerful kingdom, these couple of impressive monuments hinted at a sophisticated culture. Plus, the grounds that they were set in were tended beautifully – it's good to see this Muslim island looking after its Hindu heritage so well. 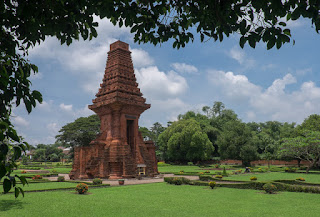 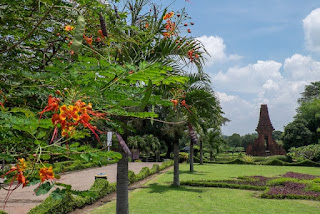 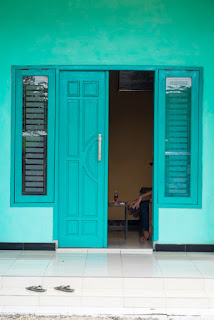 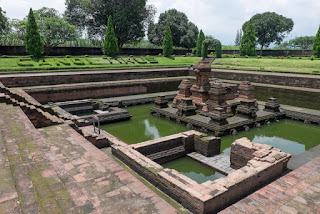 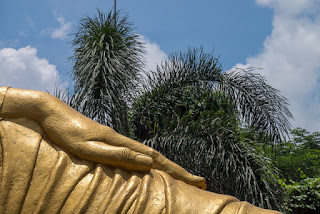 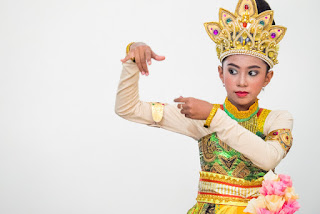