Some of the unbelievably beautiful sights that you see in Coron are almost too much for the eye to take in. The blues of the sea look like they've been created on an artist's palette rather than real life. There's just so many wow moments, that we might as well have just walked around with a great big sign saying "WOW!".

Fortunately, our boat tour left early enough that we got to the stunning Kayangan Lake before the masses, so we had this hauntingly beautiful lake all to ourselves, as we bobbed around in its incredibly clear warm waters. Just as we were leaving, there was a steady trail of tourists heading down to the lake, as it turned from a serene piece of pristine nature into the atmosphere of a busy municipal swimming pool. Timing is everything!

Next we headed to Dicantiman Beach – one of the most idyllic locations that I can think of. The white powdery sand led into enticing turquoise seas, which led down to an absolutely superb coral garden inhabited by an amazing variety of tropical fish. Beyond that, the coral formed a cliff face which must have dropped 20 metres down to the bottom – all of this in absolutely crystal clear water, streaked with the rays of the sun. If you loved snorkelling, you'd have thought that you'd died and gone to heaven.

After an alfresco lunch, we found an even more spectacular snorkelling spot, at the Siete Pecados Marine Park, where the quality of the coral was the equal (if not better) than what I've seen on the Great Barrier Reef. As soon as you put your face in the water, you were confronted with a snow storm of iridescent little fish teeming around you – while the colourful coral was thronged with larger fish, like you were in an aquarium. This was the biggest wow of a wow-filled day.

At the end of the tour, we maybe should have left it there, but instead we headed into Coron Town. Let's face it, even Florence would have been a come down after those breathtaking sights, but Coron Town was not a patch on the watery treasures offshore. The road was teaming with motor-trikes belching out pollution, and the level of poverty was a marked contrast to the underwater riches we'd seen.

Admittedly, our impression of Coron Town may have been tainted by a Tricycle driver abruptly stopping his vehicle right in front of us, and then having a furious punch-up with his passenger, beating him viciously to the ground, his punches thudding into his opponent's face. It was quite shocking to see, considering that we'donly just decided that this place was paradise.

Coron really is one of the most wonderful places that I've been to…. if you stick to the water. Sometimes it's better not to let the realities of life spoil the dream. 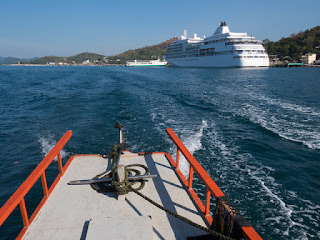 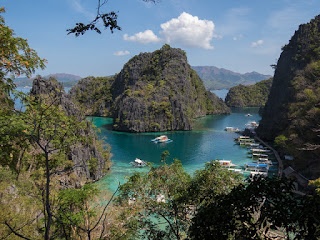 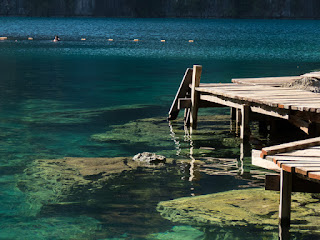 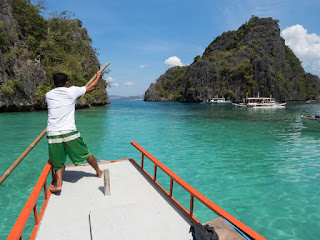 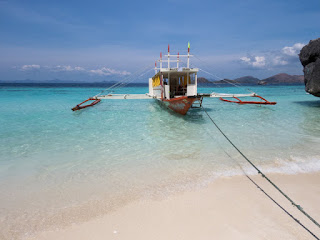 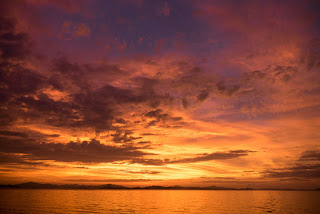