If Trinco is laid-back, quiet and under-developed, then Sri Lanka’s capital, Colombo, is the polar opposite of that. This city is at the centre of an extraordinary property boom which is seeing construction sites springing up everywhere.Just as we sail in, we could see so many half-built skyscrapers, and of course, right next to the port was the massive land reclamation project that is going to see a huge new high-tech city added onto the edge of Colombo. Whether Sri Lanka is really ready for Dubai-style development, and whether it can afford all this is another matter. The government is already massively in debt to the Chinese (who are keen to develop a trading base right next to their big Asian rival, India). We were told that there were 25,000 Chinese construction workers in Colombo at the moment – a crazy number when Sri Lanka has its own under-exploited pool of hard-working labourers available.My plan was to go up to the Observation Deck of the new Lotus Tower that has been built over the last 5 years (of course, with Chinese money), and now dominates the city’s skyline. The tower was meant to open last year, and the internet said that it was finally due to open this March so I had high hopes of getting up it. But it appears that it’s all been put back again, and they’re now talking about July “maybe” – I will have to wait. Perhaps Sri Lanka’s growth isn’t quite as fast as it appears?Instead, after a bit of general wandering, we went to have lunch at that Colombo institution – the Galle Face Hotel. It was good to see that some things in this fast-changing city are still the same – this stately hotel could still conjure up its old-style colonial elegance, and the food was great.It was another absolutely roasting day, so we went back to the ship to cool off before the evening’s extravaganza – a Silversea Experience in the gardens of the The Kingsbury Hotel. In something bordering sensory overload, it turned out to be another amazing evening of music and dance that built into an incredible crescendo of noise, colour and movement that really captured the spirit of this unique and culturally rich country.Our two quick days here in Sri Lanka have made us want to come back soon – especially before the country changes and modernises too much. 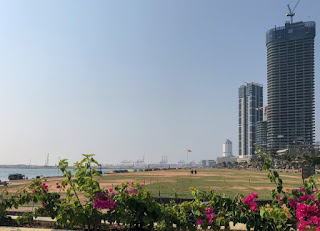 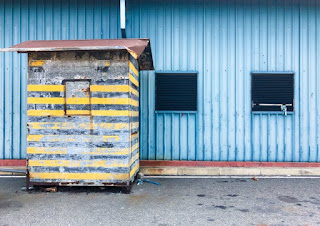 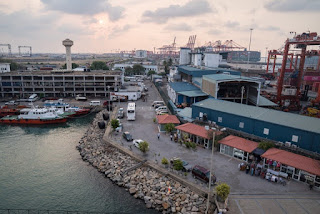 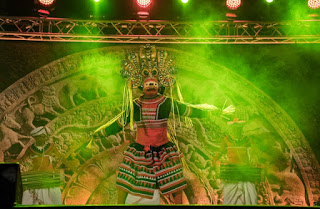 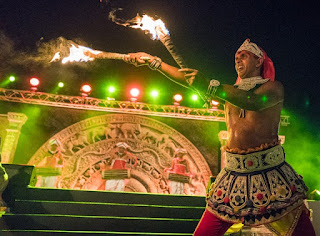